Home › Knowledge and Insight › Santa and the Grinch

Santa and the Grinch 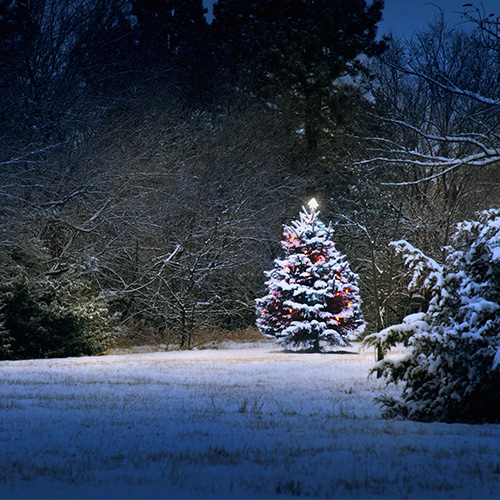 With that tweet in early December, US President Donald Trump arguably broke the resolve of investors who had held out hope for a de-escalation of the trade war between the US and China. Just days earlier, the two sides had agreed to a kind of armistice, with further tariffs on ice for three months and China reportedly phasing out 40% tariffs on US-made cars and buying more American agricultural supplies. Building on dovish comments from US Federal Reserve Chair Jay Powell seemingly walking back the likely pace of 2019 interest rate hikes from three or four to one or two, a Santa rally seemed in the offing.

But this was always going to be fragile. Mr Trump’s aggressive tweeting convinced many that this was more akin to Christmas 1914 than November 1918. The war was likely to be back on once the church bells had stop tolling. US markets took another lurch downward, as his comments also implied that little headway had really been made and that – if it had – he was virtually ripping that understanding up and pushing even harder for more. Putting Xi Jinping, his Chinese counterpart, in such an antagonistic position makes an acrimonious end even more likely. A resurgence in tariffs between the two sides would squeeze global trade, hampering economic growth and making it harder for China to reform itself and keep its debt problem in check – especially if it has to pour more stimulus into the marketplace.

It has been a rough couple of months, with the S&P 500 dipping into correction territory and credit spreads blowing out. At their highest, five-year high-yield spreads shot up to about 420bps, while investment grade spiked higher too. Ever since early October when Mr Powell said that US interest rates, at 2.25%, were “a long way” from neutral, investors became worried about virtually everything. Rates were going to 4%, the US housing market was about to crash, China was approaching a hard landing, heavily indebted companies were crumbling and earnings growth was going to vanish completely in 2019, leaving only recession and sadness. This terrible mood has sent the difference between 2-year and 10-year US Treasuries to just 13bps, the lowest level for the yield curve since the financial crisis. When this difference goes negative, i.e. when the 10-year yields more than the 2-year, it virtually always signals a recession is on the horizon.

Still, we think investors are getting well ahead of themselves here. The last time the curve got this flat while falling was in 2005, a full two years before the US stumbled into the great recession. That’s a long time to be sitting around in cash or bonds, both of which would lose you money in real terms over that time frame today. Added to that, while global growth is expected to slow in 2019, it shows little sign of slumping to the point of recession. Oil prices have fallen rapidly, but we think that has a lot to do with a risk of greater supply on the horizon rather than lower demand, which would signal a greater economic slowdown. American production has soared over the past couple of years and it could jump higher again once critical pipelines are finished next year in the Permian Basin, a hotspot for shale drillers. Meanwhile, cracks are appearing in OPEC. Qatar leaving the bloc could lead to even greater production supply for global markets. Emerging market debt spreads hit 430 basis points in late November, the highest level since June 2016. Of course, a few months earlier in 2016 these spreads had shot to 540bps because the oil price had slumped and investors were worried that stalling growth meant recession. Sounds awfully familiar. This time round growth is even more robust than it was then and the oil has sunk below $60 a barrel, not $30, so it seems a little early to be clambering into the bomb shelters.

At the end of the day, lower petrol prices are a good thing, for households and businesses around the world. It’s essentially a tax cut (unless you’re an undiversified oil-exporter or in the black gold business).

For the first time in history, Parliament has found a UK government to be in contempt of the chamber.

The government had initially refused to release the attorney-general’s advice on the draft deal, which counseled that under the current draft the customs union backstop for Northern Ireland cannot be unilaterally dissolved. In other words, the UK can only withdraw from the arrangement with the EU’s consent. And the backstop will only end once the EU and UK have agreed on the terms of Britain’s exit. That could mean the UK is heading into a hall of mirrors with the door locked behind it. And so a contempt of parliament motion was tabled and passed, supported by six opposition parties as well as the DUP, which should be supporting the government. Considering a government should, by definition, control Parliament, this is not exactly a confidence-boosting development ahead of the debate on Prime Minister Theresa May’s Brexit deal.

This display of the sovereignty of Parliament was reinforced by a further measure that makes it harder for Mrs May to implement a hard Brexit. If the deal on the table cannot attract the necessary votes, a plan B will have to be offered up within 21 days, and following a motion in the House, Parliament will be able to vote on it. All of this is wonderfully invigorating for legal nerds and constitutional professors, but it’s a bit of a mess for investors and businesses who simply want to know what the playing  field will look like for the coming few years and beyond so they can make informed decisions. And so, investors have responded to the machination and increasing complexity by selling UK assets (and buying gilts, if they are locals). It’s a bit harder for businesses to pick up and leave, however, but many are grumbling loudly and quietly arranging drawn-out exit plans. It’s all a bit grim for the UK. Growth estimates are very low, despite a good manufacturing PMI reading. And the potential for more sterling weakness means inflation could increase rapidly once more, making British workers yet poorer.

Meanwhile, the European Court of Justice advocate-general argued, in a provisional decision, that the UK should be able to halt the article 50 process without the approval of other members. Sterling rallied on the news; however, the final decision will be for the court itself, which is expected in the coming weeks. If this decision is confirmed, it does give Parliament more options. The chances of Brexit collapsing under the weight of MPs’ intransigence and its own complexity would increase significantly.