Home › Knowledge and Insight › Review of the week: The spooky season

Review of the week: The spooky season

Halloween is stuffed full of potential frights this year and a bit light on the fun. Chief investment officer Julian Chillingworth tiptoes around Brexit, US elections and earnings season. 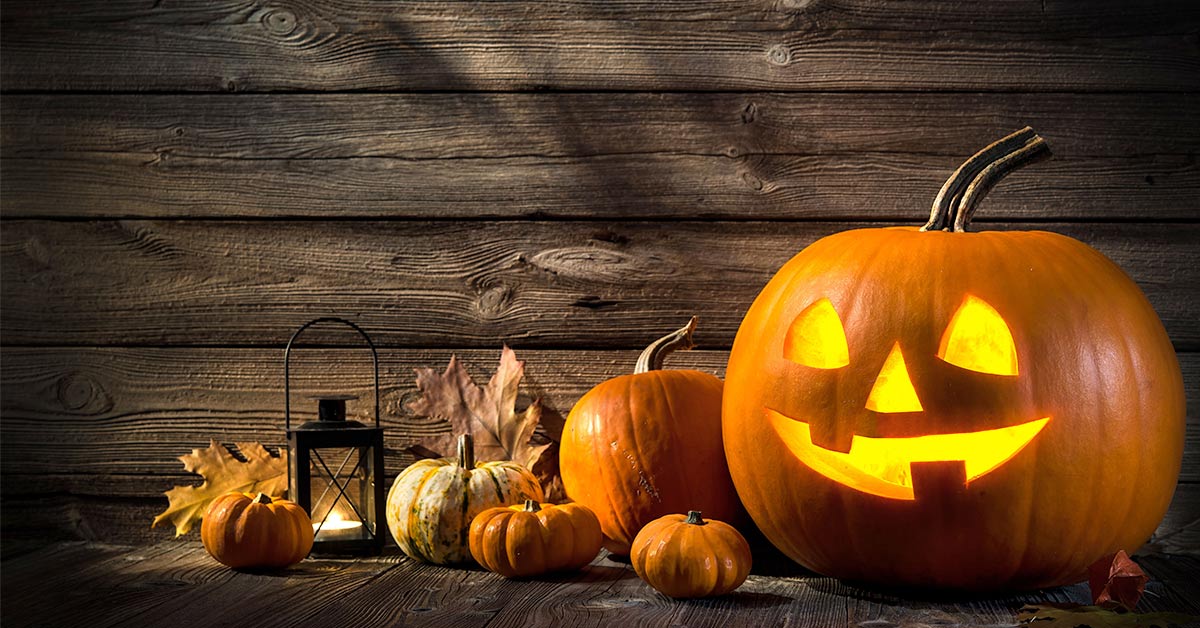 Is it really Halloween again? Every year it seems to roll around with increasingly urgent haste.

I could mutter away here about the creeping Americanisation of our culture. But really that’s all piffle. We Brits have celebrated Halloween for many hundreds of years. Americans just upped the pumpkin ratio and gave the kids carte blanche to extort the neighbourhood for bags of sweets.

As with many other things that the US gets ahold of, Halloween was stripped back past the meaning and repainted in Day-Glo. There are advantages and disadvantages to that. Number one, it’s more fun for everybody. And all that fancy dress and confectionery – great little boost to the economy! Well, in normal times. Unfortunately, most kids won’t be having as much fun this year. And with most of the nation strictly curtailed, the chance for the older kids to start an evening of revelry looking as worse for wear as they tend to end them has faded as well.

That’s surely an advantage too, I hear you parents of the young adults say! Well, perhaps, perhaps. But we should remember the ancient meaning of Halloween – or at least the meaning that has made its way down through the ages to us. All Hallows’ Eve. The end of the harvest, the beginning of the long season of darkness, the time to remember those who have left us. There’s no better way to honour all three than by living, and by doing so raucously when you can. Because you never know when you won’t be able to again. So, in that regard, spare a thought this week for our young people whose carefree days have been stolen by the pandemic.

It is a drawback of our fast-paced, commercialised world that the reflective aspect of this season – of most seasons – tends to be forgotten. We could blame American imports again, social media and incessant advertising, but that would be disingenuous. All of us have the power to pause, take a breath and gather our thoughts. We just have to remember to do so every now and then.

This week would be a good time! Both the EU and UK drew a circle round this week as the deadline for sealing a trade deal in principle ahead of Brexit proper on 31 December. The haggling has been going on behind closed doors for months and months, with details popping out into the public eye only when one side or the other wants to apply a bit of political pressure. We can only hope that they have made reasonable headway, for the sake of people on both sides of the Channel. Societies are facing too many pressing problems right now, they don’t need another that is self-inflicted. Depending on what is agreed, the sterling exchange rate could jump around quite a lot, which will impact your investments. Now, it’s highly likely that the Halloween deadlines will be pushed back into November, but each delay only makes the knife edge sharper for when it finally falls.

And as if one momentous event wasn’t enough, the US goes to the polls on Tuesday 3 November. Polls show Democrat Joe Biden is ahead convincingly, yet the situation gets murkier when you drill down into the crucial swing states. The race is looking tight. As is the fight for control of the Senate. I’ve outlined the main points and implications here if you’re interested.

That is the question

Steady increases in the number of COVID-19 cases across the globe unnerved some investors last week. Europe, which tried to reboot its tourism economy, has been particularly badly hit. As has most of the UK, perhaps following the attempted reboot of our restaurant and café culture. It’s hard to pin the spread of this virus on one or even a few causes. Wherever people meet, it infects. US Chief of Staff Mark Meadows admitted the US won’t be able to control its epidemic and that it was now focusing on mitigation measures and treatments. To be fair, most of the Western world is in the same boat, they just haven’t been as honest. Still, while deaths and hospitalisations are sadly rising, that they are nowhere near the proportion of cases we experienced earlier in the year remains a solid spot of bright news. The issue now is that exponential mathematics is well and truly against us. With so many new daily cases leading to so many more daily cases, pressure is growing for governments to shut down economies again, to greater and lesser degrees. Regional lockdowns, curtailed trading and the general dampening of people’s spirits in the face of all this could well drag on our economies.

Company results announced on both sides of the Atlantic showed investors had gotten a little ahead of themselves on the strength of the recovery even before this latest wave of infection really got going. ‘Defensive’ and ‘growth’ businesses – those that are less reliant on improvements in the overall economy to increase their sales and boost earnings – performed well, in the main. Meanwhile, those that need an economic upswing to churn out more money (‘cyclicals’ or ‘value’) broadly disappointed.

The question floating around stock markets now is, after years of strong performance, are ‘growth’ companies overvalued? Is the time approaching when you will be rewarded for selling the more expensive businesses and replacing them with cheaper, more optimistic stocks? This is impossible to answer. Yet there will most likely be a few wobbles within markets over the coming months as some investors decide to make the switch.

For our part, we are more inclined to remain with the more expensive, less economically sensitive businesses for our portfolios. Where the situation warrants it, we may include some ‘value’ companies that we believe to be sound. But we believe the world is unlikely to see much higher interest rates, inflation or GDP growth because there are strong forces that hold all three down. Our societies are ageing, which means the savings rate should increase, the amount of debt in our economies has ballooned above already high levels, and technological progress is reducing costs every day. All of these things mean less consumption; less need for business investment in factories, offices and other physical kit; lower growth; and, therefore, dampened inflation and no need for central banks to raise their rates to combat it.

For those of you who have missed seeing your manager’s face as they give you a round-up of your fund, we’ve put together a second iteration of our In conversation series. Beaming from their homes for the first – and likely not the last – time, they outline recent performance, portfolio positioning and their views on the future. These pre-recorded updates can be streamed at your convenience.