Home › Knowledge and Insight › Review of the week: Red dawn

Review of the week: Red dawn

China reminds everyone that communists like to meddle in markets. Meanwhile earnings are booming in the West as the recovery rolls on despite investor nervousness. 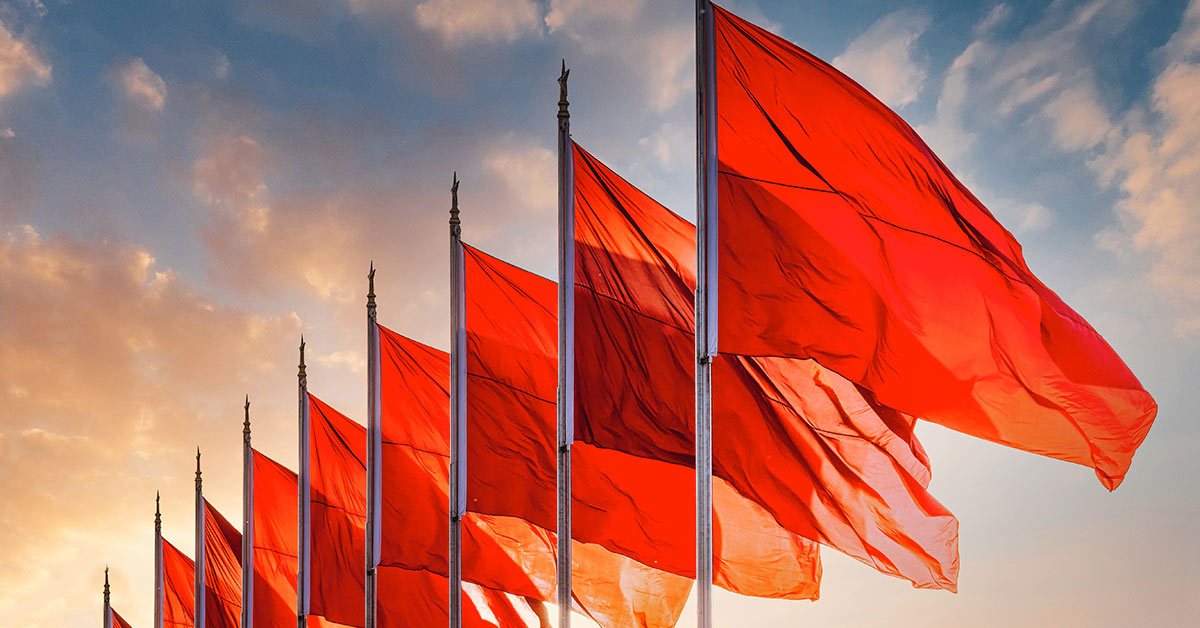 Sometimes it can be hard to remember that the go-go China of the 21st Century is a communist state.

Over the past 40 years it has done an incredible job of assimilating policies, institutions and tools that would make Chairman Mao howl with sadness. But every now and then it does something that is so far from the Western-capitalist playbook that it makes investors’ heads spin. Last week, that was a one-two punch of heavy-handed reform of foreign ownership of Chinese technology companies and a crackdown on a booming education sector. China’s crackdown on technology and education tanked its market, taking many of its Asian neighbours with it. The mainland index slumped more than 5% in a week – at one point it was down almost 10% – as investors were wrong-footed. Hong Kong’s market was hit even harder, given that it is the gateway to Greater China for foreign investors.

Why would China do this? Foreign investors can’t understand why a government would do something that would destroy billions of dollars of value. Yet for all the wealth created in China during its steady gallop to prosperity – and there has been a lot of it – Chinese leaders are seemingly less afraid of battering business in pursuit of its goals than other nations. China has a habit of looking at markets and money, especially when supplied by foreigners, as a tool like any other. China may be nominally communist, but the better description would be pragmatist. It is wedded to left-wing philosophy only so far as it is useful as a nationalistic, community-binding state-creation myth. Similarly, it is bound to capitalism only as far as those policies and markets are taking the nation in what its leaders believe is the right direction.

"Sometimes it can be hard to remember that the go-go China of the 21st Century is a communist state."

Facing a slump in its birth rate as its citizens complain about the soaring price of education, watching parents swot with toddlers to ensure they pass the entrance interview to kindergarten, China’s leaders decided for-profit education was the problem. And being at the head of an authoritarian state, they could outlaw it overnight. That’s a punchy policy!

Meanwhile, China had long turned a blind eye to its globe-trotting technology companies skipping around its strict constraints on foreign ownership by setting up convoluted holding company structures in tax havens to facilitate listings in America and Hong Kong. Lots of Chinese companies trod this path to sell billions of dollars of shares to overseas investors, getting around the law but blasting smack through the spirit of it. For Western nations based on the common law system, obeying the letter while circumventing the intention is par for the course. The idea that a government would change the rules instantly to punish this method is very far from most investors’ imaginations. Chinese leaders don’t see things that way. For a while, they were happy to allow this flow of cash as its technology champions flexed their muscles against Western competitors. But lately, they have become more concerned about foreign ownership, data and consumer protections and keeping proprietary technology safe. Also, the deteriorating relationship with Biden’s America will have had some bearing on the decision as well. Greater regulatory pressure over the course of this year has erased about a third of the value of the five largest Chinese tech giants.

This won’t be the last time China slaps down an industry that gets too big for its boots (in the eyes of the government). Similarly, this latest kerfuffle doesn’t mean that the world’s largest exporter is turning its back on the market. China has ridden capitalism to become prosperous and powerful, and the derby isn’t over yet. More than 80 years ago, Winston Churchill described communist Russia as “a riddle wrapped in a mystery inside an enigma.” That could very well describe China in the present day. Mr Churchill’s quip has become very well known, yet most people forget what Mr Churchill said next: “But perhaps there is a key. That key is … national interest.” This same cipher may unlock the puzzle of China too.

Most Western stock markets were flat to down last week, a miserable response to some strong earnings numbers.

Company earnings have been obscenely good, and while some companies have disappointed analysts, that tended to be because strong profits weren’t quite rip-roaring enough. Almost 60% of the largest US companies have reported so far with an average 85% increase in profits from a year ago. These numbers aren’t just flattery caused by the precipitous pandemic-driven fall in profits either: expected earnings for the coming year are 15% higher than they were in late 2019, according to data company FactSet.

"Most Western stock markets were flat to down last week, a miserable response to some strong earnings numbers."

Distracting investors from that solid earnings performance are concerns about inflation and the rapid spread of delta COVID-19 cases. These two worries are constantly flapping around like two ravens. However, they haven’t made too much of an impression on shoppers and businesses. Most measures of household and business confidence have come off the boil but remain high. Retail sales have been strong and consumer discretionary stocks – those companies selling ‘nice to haves’ rather than staples – have outpaced analysts’ forecasts more than any other industry. Consumer spending is surging as the pandemic has, counterintuitively, left household finances in their best shape in decades. The recent spike in inflation hasn’t put much of a damper on the people’s mood.

Financial companies have been delivering nice surprises to investors too. Banks in particular have revealed better than expected recoveries in profits. No doubt helped by the housing boom and fewer bad loans than they had expected the pandemic to deliver. In the UK, many of these lenders are carefully returning to paying dividends and looking to rationalise their debts after months of enforced prudence by the Bank of England.

If this trend continues, it won’t be long before the UK becomes the river of dividends that it once was.

The Review of the week is taking a break for the summer. I’ll be back writing to you on 6 September. Remember, if you have any questions or comments, or if there’s anything you would like to see covered here, please get in touch by emailing review@rathbones.com. We’d love to hear from you. - Julian Chillingworth