Home › Knowledge and Insight › Review of the week: The price of milk

Review of the week: The price of milk

Inflation continues to eat away at shoppers’ spending power, both in the UK and abroad. Meanwhile, how do currency fluctuations affect investment returns? 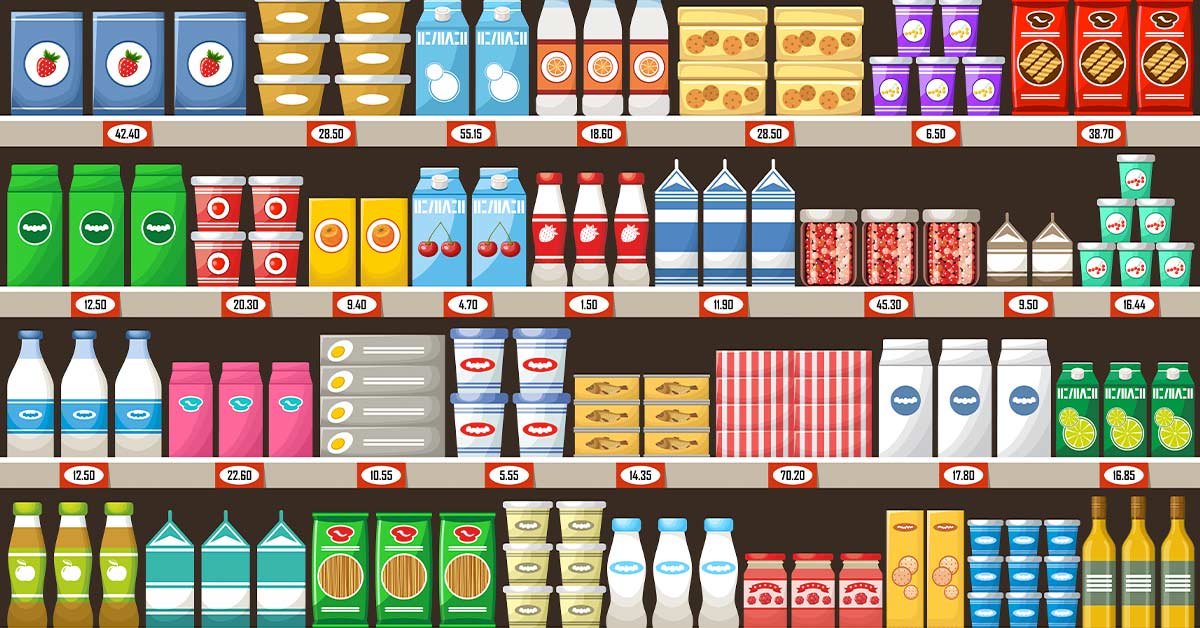 Early numbers from market data company FactSet show the average profit growth for S&P 500 businesses slowed to 1.5% in the third quarter, well below the 10-year average of 8.8%. About a fifth of S&P companies have reported their quarterly earnings so far and many more are due to file this week. Most companies are beating analysts’ expectations, but by the second lowest amount of any quarter of the last five years. Most earnings ‘beats’ have come from ‘defensive’ sectors, which tend benefit less when economies grow and are harmed less when economies falter. Meanwhile, ‘cyclical’ companies are struggling. In Europe, cyclical companies are doing relatively better – reminding us that there are upside risks as well as down. But here it appears a weak euro has provided more benefit than anticipated.

Everywhere, higher costs are eating into profit margins, which have now fallen for five consecutive quarters in the US. Still, at 12% today’s US profit margins are higher than the long-run average and they have been exceptionally high for a decade. At least a partial reversal to the mean is to be expected, yet most forecasters polled by FactSet expect profit margins to start expanding once again, reaching 12.5% by the second half of next year. Of course, businesses aren’t just sitting idly by as inflation washes over them. They have been increasing prices to offset rising costs: sales have grown by at least 8% for the average company for each of the last seven quarters. And this flows through to households’ shopping baskets and sustains inflation.

Inflation is a tricky beast to measure because people are flexible in their choices and can adapt in ways that become diabolically difficult to account for. In its mildest form, people’s demands fluctuate seasonally. Most people eat squash in the autumn when it’s abundant and cheaper; similarly, strawberries are enjoyed in the summer. It is one of the miracles of global commerce that perishables are often available in our supermarkets at incongruous times of the year – yet you have to pay for the privilege!

There are other forms of substitution too. In tough economic times or during periods of upended supply, when the price of, say, wheat rises, many people will balk and pick up rice instead. Added to this phenomenon, everyone spends their money in different ways and price changes don’t fall equally across the whole economy. Those who have a long commute to work in a car will feel the ebb and flow of petrol (or diesel) prices more than someone who works from home, who may be more worried about burning through electricity and gas 24/7. A few years back we put together an in-depth personalised inflation calculator that can help you determine how much your own ‘shopping basket’ is increasing, so you can better plan for your future and perhaps try to cut down on more inflationary areas.

The US PCE inflation index comes out on Friday. This is one measure of inflation that the US Federal Reserve (Fed) studies closely (especially the ‘core’ rate that strips out volatile food and energy items). While the headline rate is forecast to continue dropping from 6.2% to 6.1%, the core rate is expected to accelerate for the second month in a row, this time from 4.9% to 5.2%. The third-quarter US GDP report drops on Thursday. It’s expected to bounce back from two quarters of decline, with economists anticipating a 2.1% annualised increase in American GDP. Sustained core inflation and a recovery in GDP growth will likely cause investors to become yet more wary of stiff interest rate increases from the US central bank.

In the UK, inflation returned to the 40-year high of 10.1% last week. Food was the biggest driver, rising 15%. Raw agricultural product costs spiked about March this year. They typically take eight months to flow through to prices on supermarket shelves because foodmakers and grocers tend to buy that far in advance and so don’t feel the squeeze immediately. It may take a bit longer than that for UK retail food prices to peak this time around because of the effect of a significantly weaker pound and the large amount of imports that Brits consume. As long as the Fed continues to hike interest rates and global investors stay cautious, sterling will likely remain weak against the dollar. This is because US assets – especially government bonds – are considered the premier safe-haven and therefore demand for dollars overwhelms the demand for other currencies, like the pound and the euro.

Floating currencies can be difficult to get your head around, yet they can have inordinate effects on your portfolio. For instance, if you had owned the MSCI World developed stock market index in dollars, you would have lost roughly 20% in the year to 30 September. However, if you converted that back to sterling, you would have been down just 3%. That is a large difference! However – and this is perhaps where the bending of the mind begins – you should remember that you haven’t really lost more value holding your portfolio in dollars rather than pounds. Because your pounds are worth that much less. In both instances, you own the same bunch of shares, it’s just your unit of measuring their worth has changed.

The big lesson here is diversification. Most of the time, people talk about investing across a spread of different companies, industries, regions, as well as bonds, stocks and property. Yet it’s often important to spread your investments across currencies as well. You should always be mindful of your future liabilities and what currency you will need to pay them, but holding your investments in different currencies can reduce your overall portfolio volatility and protect you from weakness in any one currency. This may also mean being careful about where a company makes its profits and in what currency it gets paid. We work hard to factor long-term currency movements into our analysis.

Over many years, currency fluctuations tend to net themselves out because weaker currencies lead to an increase in an economy’s prevailing interest rates relative to nations with stronger currencies. The more attractive rates of return draw in investors which boosts the exchange rate, while nations with lower rates see money flow out, dragging their currencies down. That’s why holding overseas investments in their local currency tends to make sense.

These figures refer to past performance, which isn’t a reliable indicator of future returns. The value of investments and the income from them may go down as well as up and you may not get back what you originally invested.

As the Ukraine war rolls on, Russia has become increasingly desperate. A restricted draft has been implemented, bolstering the Russian army after heavy losses while simultaneously driving many thousands of Russian men to flee the country.

President Vladimir Putin was quick to threaten using nuclear weapons if Western nations support Ukraine directly. Since Russian forces were pushed into retreat by a Ukrainian counterattack last month, Putin has become even more bellicose. He has all but threatened to use ‘tactical nuclear weapons’ against the Ukrainian army. This is a worrying development for the people of Ukraine, the world and the markets. We have been asked by quite a few people about the potential effect of a Russian tactical nuclear strike on markets, especially given they are already in a brittle state.  We will try to answer it here. We must say from the outset that the market effect comes a solid third in our hierarchy of importance behind the effects on people and geopolitics. But we are investors and it’s our job to assess market consequences.

Firstly, it’s helpful to note what a tactical warhead actually is. It’s a bomb with 0.3-100 kilotons of explosive power. Now, that’s a rather large range. And, for context, the A-bomb dropped on Hiroshima in 1945 was towards the bottom end of it at just 15 kilotons. Today’s

US ‘strategic’ warheads have a yield of 1,200 kilotons, while back in 1961 Russia tested a 58,000-kiloton thermonuclear explosive. So tactical nukes are big bombs, but humanity has created much, much worse.

According to the Washington-based CSIS International Security Program, capturing 20 miles of territory could require 20 of these smaller tactical warheads. In other words, the impact of a few small bombs speeds up the devastation of Ukraine but not necessarily the totality of the devastation that would otherwise occur by more drawn-out methods. There would, of course, be environmental damage from radioactive fallout. And those insidious effects could spread to nearby nations (including Russia, which may discourage their use). If the smallest tactical warheads were used in a one-off strike, we would expect markets to be rattled, but there shouldn’t be any long-lasting economic or financial impact. The shock to investor confidence would probably raise the risk premium on European assets and therefore push prices lower to compensate. If the escalation didn’t continue, we would expect this effect to dissolve over the following year.

A significant market-moving event involving tactical warheads could occur, in our opinion, under three circumstances that would necessitate retaliation from the West: i) a strike over the border of a NATO country (or close to it if a nuclear facility was targeted and contamination spreads over the border); ii) large warheads, close to the upper end of the range of explosive power of tactical warheads, being used to destroy Ukraine’s natural resources, thus causing another commodity price shock; iii) the widespread use of large warheads against civilian targets, which could force Western governments to intervene directly in the war on humanitarian grounds, although this would require popular support which doesn’t appear to be there at the moment.

The first scenario would cross NATO members’ red lines that could set us off down the route to another large-scale European war. This would cause a violent adjustment in asset prices. If this happens, investments are the least of our worries. The second scenario would follow the same form as the commodity shock of the first half of the year. Supply chain distortions would lead to slower global growth and consumer spending due to higher oil and food prices, with Europe the hardest hit. Lessened spending and tough economic conditions would mix with even tighter monetary policy to hurt companies’ bottom lines, leading to large write-downs of value and redundancies. ‘Stagflation’, where GDP shrinks and inflation runs high, would be baked in. So prices of bonds and shares would fall, the dollar would rise, gold should help as a catastrophe insurance and resource and real-asset-related companies with cast-iron pricing power should outperform.

The financial repercussions of the third scenario are too difficult to determine. And it’s not something we want to dwell on.

View the pdf version of Review of the week here.