Home › Knowledge and Insight › Review of the week: More than full circle

Review of the week: More than full circle

New Chancellor Jeremy Hunt has reversed virtually everything announced in the Truss-Kwarteng mini-budget in a bid to stabilise markets after weeks of turmoil. 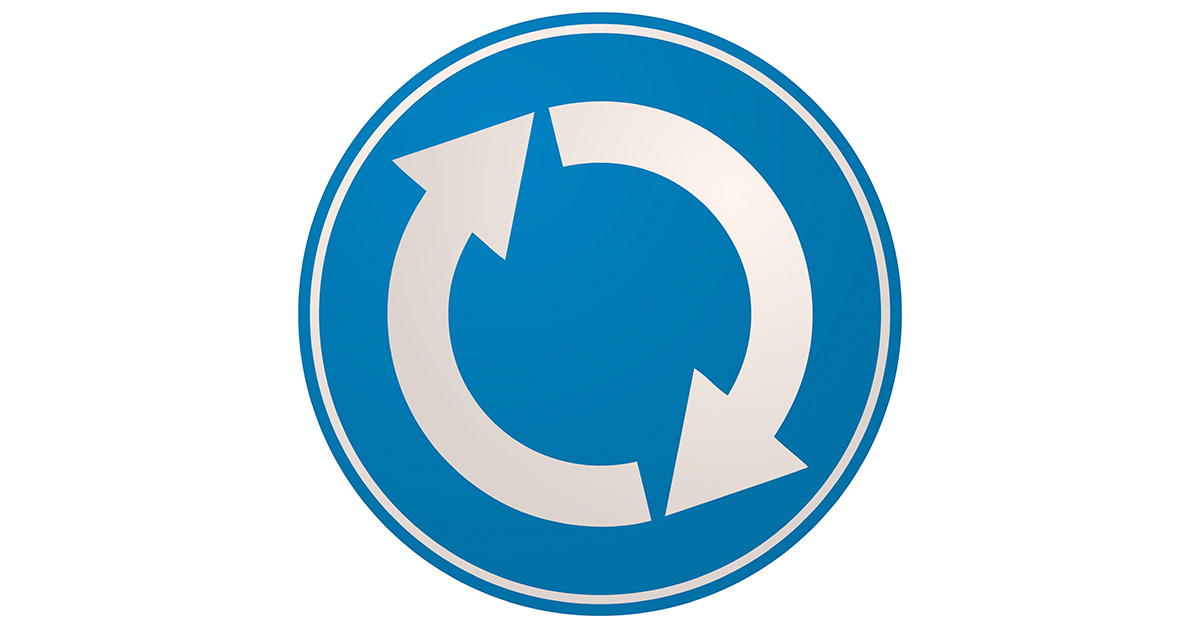 As economic revolutions go, Trussonomics went full circle in record time. In fact, the path of policy is more like the fifth Icelandic character Eth (ð), in that the UK is in a worse position than only a month ago despite government strategy circling back around.

In an emergency press conference called Monday by newly installed Chancellor Jeremy Hunt, almost all of the platform set out less than a month ago by Prime Minister Liz Truss was dismantled, plank by plank. The cut in the basic income tax rate from 20% to 19% is cancelled; the VAT exemption for foreign shoppers is gone; cutting the dividend tax rate by 1.25% is out; the freeze on alcohol duty will be thawed. This combines with already leaked reversals: corporation tax will no longer remain at 19%, instead it will rise to 25% in April as planned by the previous government, and the abolition of the 45p tax rate will not go ahead. It’s easier to cover what remains: the cuts in national insurance levies for health and social care and the reduction in stamp duty on home purchases.

Hunt’s bonfire of his predecessor’s – and his Prime Minister’s – policies reduces the value of tax cuts from £45 billion to £13bn. He went further as well, taking an axe to the government’s vaunted energy price guarantee. Now the programme to cap unit prices will run only until April (rather than two years for all households). Instead of universal help – which is extraordinarily expensive – the scheme will be reviewed so that it will be means-tested to ensure it goes to the people and businesses that need it most. This is a sensible policy that we had hoped would be implemented by Truss from the get-go. It’s essential that the most vulnerable households receive help with their bills, given the risk of a severe recession otherwise, but the untargeted nature of the Truss-Kwarteng guarantee meant that the wealthiest homeowners, with multiple properties, would get the biggest cash benefit. Of course, the flipside is that curtailing the support introduces more downside risk to UK growth if wholesale gas prices surge again.

For now, this about-face from the government is reassuring. For the first time in a long, long while the government isn’t trying to say that the experts and – more importantly the government’s creditors – are wrong. Hunt repeatedly vowed to do what was necessary to reduce the volatility in the cost of UK debt, which over the last three weeks has been caused almost entirely by government policy. Bond investors seem to agree with our view, for now at least, with the benchmark 10-year gilt down roughly 40bps from Friday to just below 4%. We will have to see how the market reacts in the coming weeks and months, particularly once the final details are announced at Halloween.

We believe investors wanted to see fiscal policy that worked with, rather than against, monetary policy to lower inflation, as well as some credible, evidence-based strategies to boost long-term growth. The crisis that the government caused in the cost of borrowing was actually more about the inconsistency between fiscal and monetary policy at a time of acute inflation than it was about the long-term sustainability of the government’s debt. The Bank of England (BoE) is trying to cool demand because inflation is so high and there’s a risk that it becomes unanchored and stays high in the future. Former Chancellor Kwasi Kwarteng had tried to boost demand with tax cuts without the prospect of any long-term increase in the UK economy’s ability to become more productive. That would add to inflation pressures at exactly the wrong moment, requiring an even bigger rise in BoE interest rates. Monday’s announcement should go a long way to reversing some of this.

We still expect some sharp increases in interest rates at the next three BoE meetings, likely getting us to 3.75% to 4.25% in late January 2023. Where it goes after that is dependent on inflation: Monday’s measures decrease pressure on core inflation, which is a very good thing, but add to uncertainty around energy price inflation from the spring.

Prime Minister Liz Truss tried to stabilise markets on Friday by “acting decisively”: she called a press conference that lasted for less than 10 minutes and, very efficiently, somehow made everything worse. She confirmed that she had fired her friend and Chancellor Kwasi Kwarteng for the budget they had designed together, yet she couldn’t explain why she had forced him out given she continued to believe the plan was sound. In fact, she didn’t answer any questions, really. She just parroted the same answer to five different journalists (in descending order of likely political sympathy to her party) who were asking her something else entirely and then promptly left when she realised the room was universally hostile. Meanwhile, government bonds – which had recovered slightly from an awful week – slumped dramatically once again.

Last week was a mess. It’s hard to explain the gravity of what was happening in the UK government bond market because they’re just numbers. Arcane gyrations in small percentages of abstract concepts. Yet they matter so, so much. Government bond markets dictate the bounds of what a government can do in terms of policy, they determine the rate a bank will charge you for borrowing money to refinance your home or start a business, they are the assets that secure your pension. The yield on benchmark 30-year UK government bonds had fallen 30 basis points lower on Friday before the Prime Minister’s press conference on the leaks of the mini-budget reversals and imminent sacking of the Chancellor, yet it closed 23bps higher. That’s (another) half a percentage point intra-day swing in the government’s long-term cost of borrowing. These are some of the largest ever moves in gilt yields.

There is a habit when explaining government finances to compare it to balancing a household chequebook. This is often too reductive, mostly because a government creates its own money (something a household cannot do) and a nation doesn’t grow old and die. The first point gives governments leeway on shorter-term spending shortfalls; the second means a country doesn’t have the same arc of a single human life. Instead of balancing deficits for an income-poor childhood and education with income-rich middle age and a return to deficits in the twilight years, a nation is perpetual. We explained this back in late 2020. It means that a government can live beyond its means for a long period of time because its productive capacity need not fall at a fixed point in the future. With the right policies and investment, a country could create even more income and become more resilient in 50 years’ time.

Having said all that, there is something in the current crisis that does link government and household finances: credibility. International investors have reacted as they have because they thought the government’s plans were bad and the people in charge were underwhelming. Imagine if you rang up your bank to remortgage and they asked you whether anything had changed with your finances. You tell them that you were massively cutting your income and increasing your expenses, but it doesn’t matter because you plan to cut maintenance spending on the house and pull your kids out of university. Your rate of borrowing’s going up.

The unfortunate thing about this whole debacle is that Truss is right: growth is the best way forward for the UK. But not in the quick-fix, trickle-down fashion that she has now cloaked “going for growth” with. Sustainable economic growth comes from sensible investment in future productive capacity. Done right, this takes years, decades even – much longer than an election cycle, which may be why politicians rarely go for it.

One example is education. More than anything else, across centuries, education is the single best investment a government can make in productivity and growth. That doesn’t mean throwing money at the problem – you still need to ensure the training and skills are relevant and well taught. Yet the UK has drastically reduced spending on education as a share of GDP since the global financial crisis. From a peak of 5.5% in 2010, the UK embarked on the longest continuous period of declines in education spending since the 1950s, reaching 3.9% spent on education by early 2020. These official figures don’t cover the government’s subsidy of tertiary-education loans, which have become much less generous as well – with higher fees, interest rates being linked to RPI and thresholds for repayment being lowered. Similarly, investment in helping adults re-train with relevant skills for modern industries is vital, given the fast pace of technological changes, to ensure Britons reach their full potential. The UK spends very little on this.

Another example comes from the fact the UK has had the worst labour market recovery from the pandemic of any comparable country – and by that we mean the number of people available to work. Alarmingly, it’s the only developed economy where the share of economically inactive 15-64 years olds has continued to increase since the pandemic. Much of that appears to be linked to long-term sickness, so the NHS and social care are priorities as well.

Before everything was ripped up by new Chancellor Hunt, Whitehall was reportedly being warned to cut budgets. Insiders had said that because of the deep, compounded cuts to public departments, research and development and capital spending would need to bear the brunt. But there is clear evidence that this type of spending is linked to better growth outcomes. In his first announcement, Hunt flagged further cuts to government spending – and perhaps further tax increases – in the coming months. This is a more worrying sign. Fiscal rectitude is helpful, Austerity 2.0 is not. It would blunt the prospects for growth for another generation