As Covid-19 rattles markets and investors scramble for safety,. our chief investment officer Julian Chillingworth considers the longer-term implications for the global economy and also looks at the narrowing Democratic primary race to take on Donald Trump. 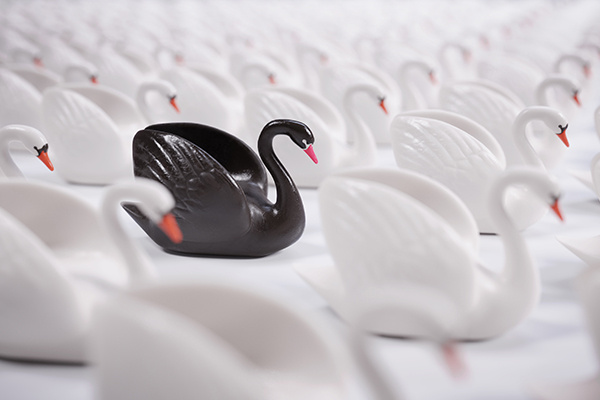 February saw the biggest market declines since the days of the Lehman’s crisis. Major equity indices across the world were down between 5% and 10% over the month as the ever-lengthening shadow of Covid-19 darkened markets. Investors dove for cover in defensive equities and safe havens such as gold, US dollars and US Treasury bonds.

Governments desperately tried to contain the spread by keeping huge swaths of the population at home. But despite draconian measures, confirmed cases rose from 15,000 to 90,000 over the month, the virus spread to 68 countries and the global death toll surpassed 3,000.

Economic activity was severely impacted by efforts to contain the virus. Economists slashed their growth forecasts and business sentiment was flattened. There had only been four previous 10% weekly falls in the S&P 500 Index since the Second World War: October 1987, April 2000 (TMT crash), September 2001 (9/11) and October 2008 (the Lehman's bust). In all cases, the authorities reacted by implementing major monetary and fiscal stimulus packages.

Expectations for a rate cut from the US Federal Reserve were met in a matter of days, with early March’s half-point slashing of the Fed Funds target range down to 1-1.25%. Fiscal stimulus packages are expected across the major economies, and the US presidential candidates will probably be falling over each other to offer promises of support. The Chinese government has already started its own stimulus operation and Hong Kong has engaged in ‘helicopter money’, dropping large amounts of cash on its citizens. Further policy support is likely in the short term, as is more market volatility, but ultimately stimulus efforts should be helpful for global growth.

We view the financial implications in terms of three broad scenarios: the Covid-19 pandemic could be on the cusp of dissipating rapidly; it could continue to worsen into the second quarter, greatly disrupting profits before the world gets back to normal in the second half of the year; or it may escalate massively, with lasting economic effects into 2021.

As financial markets are probability-weighting machines, we are using a simple valuation framework to help us assess our three scenarios. These scenarios give us a best case, a worst case and something in the middle. It seems likely that the chances of the optimistic first scenario have fallen dramatically, yet the other two are – in our opinion – equally likely (it’s just impossible to know how the pandemic will play out). Using a valuation probability-weighting for the worst possible scenario would put the S&P 500 somewhere around 2,200, according to our analysis. At the time of writing, the S&P was trading around 2,580, not far off a locked-in worst-case scenario. This exercise – just one of many tools we are using to assess the situation – suggests that staying invested with a preference for more defensive factors within equity allocations makes sense.

But the same can’t be said for fixed income assets with equity-type risk, such as high-yielding bonds with a low credit rating, or emerging market debt. Even prior to the oil price drop, we thought high-yield bonds (bonds with poor – below investment grade – credit ratings) were substantially overpriced given the rising risk of defaults in the wake of the Covid-19 outbreak.

We’ll continue to monitor the situation with a particular focus on consumer confidence, credit markets, leading indicators of recession, and the spread of Covid-19.  Meanwhile, we think it still makes sense to focus on quality, cash-compounding companies because we believe they have the greatest chance of surviving left-field events like we are now experiencing.

It ain’t over till it’s over

A fractured American middle was ceding ground to the more populist candidate Bernie Sanders and causing concern for investors. That was, until the last day of the month when former Vice President Joe Biden’s bid for the Democratic nomination rose from the ashes with his surprise victory in the South Carolina primaries. After that, other moderates threw their support behind Mr Biden who made a strong comeback in the Super Tuesday primaries, putting him as the front-runner once again, ahead of left-winger Bernie Sanders, his sole remaining rival.

Betting odds have surged, giving Mr Biden an 84% chance of winning the nomination, compared with a mere 12% at the end of February. His turnaround is remarkable and markets reacted positively to the lessened chance of Mr Sanders’ unconventional ideas becoming actual policies.

A centrist Democratic candidate is seen as more market-friendly for many policy reasons, healthcare high among them. Mr Biden's healthcare plan would expand on the existing Affordable Care Act framework, possibly via a public insurance option, but would largely keep the US private health insurance marketplace intact. The Sanders scenario of ‘Medicare for All’, which would jettison private health coverage, is increasingly unlikely.

Markets will be challenged should Sanders’s fortunes rebound – he isn’t quite out of the running just yet. But with Super Tuesday now past, delegates will be won at a slower pace.

The economy is the President’s ‘Trump’ card, but it might not stay in his hand. The US economy had already lost some momentum prior to the spread of Covid-19 and if Mr Trump’s administration continues to handle the outbreak poorly the economy, markets and his presidency could be in the soup.