Home › Knowledge and Insight › Easy does it

Economic statistics fell off a cliff in May, but as chief investment officer Julian Chillingworth notes, investors were already anticipating a big bounce as economies began to reopen. 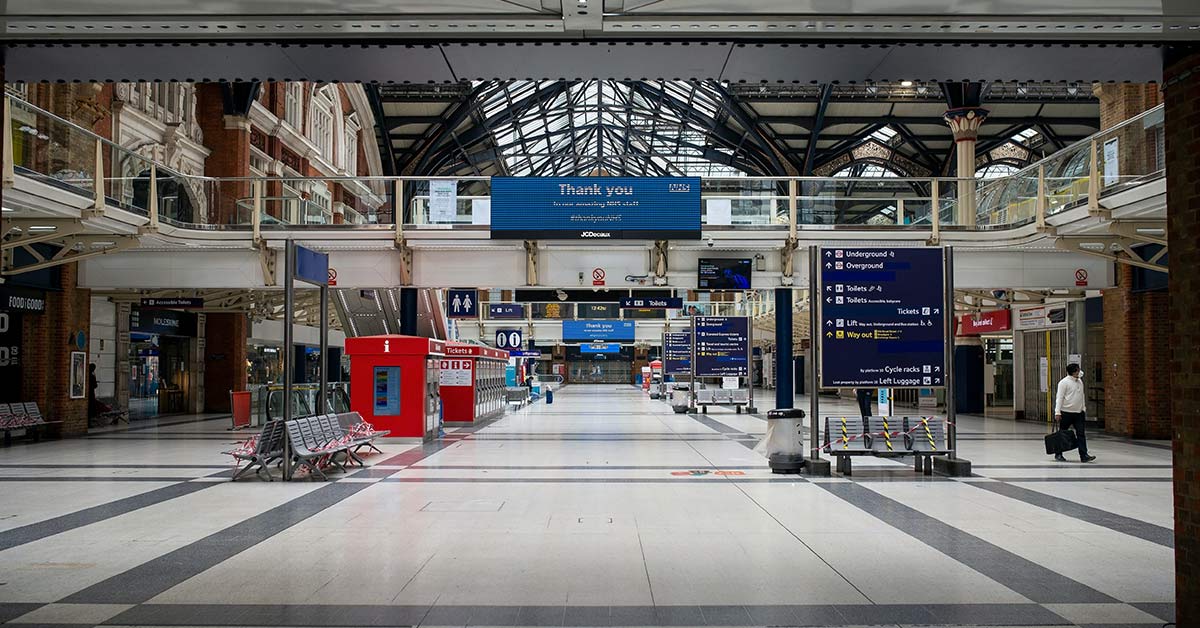 22 June 2020
Investors have been faced with some stark numbers over the past month, as the true extent of the lockdown damage comes to light in economic data releases. But markets have been incredibly resilient, with large doses of stimulus to help them along.
UK economic output dropped a phenomenal 20% in April, taking gross domestic product (GDP) back to its 2002 level. When faced with such stark numbers, we think you should keep in mind two points: first, once the economy starts to reopen, the GDP figure should bounce back considerably; secondly, as huge as that drop in GDP was, it wasn’t a surprise – in fact, it is in line with our forecast of how GDP would react to the pandemic and a nationwide lockdown.
This was government policy: restrict commerce in an attempt to slow the spread of the virus. In a services-heavy economy like the UK, shuttering virtually everything was always going to end in an almighty drop in GDP. Non-essential shops are now open in England and Northern Ireland after three months of stasis. Wales and Scotland remain shuttered, however. There are reports of a battle within the Cabinet to halve the two-metre social distancing rule in an attempt to help more restaurants, cafes and pubs reopen.
The number of cases in France and the UK continue to fall, though in Italy and Spain – who eased lockdowns earlier – cases have ticked up, as they have in some US states and most recently in Beijing. It seems to us that emerging from the pandemic is likely to be more a stop start affair than an immediate return to economies opening fully.
But the spike in volatility in bonds, stocks and commodities that occurred when lockdowns began was quickly followed by truly enormous support packages from central banks and governments. The US, Europe and UK in particular have rolled out trillions of dollars of furlough schemes, bargain loans, grants, bolstered unemployment benefits and the obligatory quantitative easing (QE).
The very generous support for unemployed and furloughed workers, on both sides of the Atlantic, should mitigate much of the economic pain for households and businesses. Most startlingly, data released in May showed that personal income for US households jumped 10% to $20.7 trillion. That’s a much higher monthly figure than what was typical before the pandemic. And with nothing to spend it on, that money is flowing into savings: $6.1trn in April alone, compared with roughly $1.3trn each month before the pandemic. That’s a lot of pent-up demand on main street.
With interest rates at rock bottom, the American property market is also starting to warm up again. Prices are rising rapidly, and lots of people are taking the opportunity to fix their borrowing rates at bargain lows. Also, only 8% of US mortgage-holders are behind on their payments, forecasters had expected that figure to be closer to 25%.
Stocks soared over the month, particularly in the US where headline indices have now recovered all of their losses. The difference in corporate over government bond yields – a measure of the perceived riskiness of corporate bonds, fell considerably and is now near its average of the past 12 months. Government bond yields have remained extremely anchored, which is also a sign of relative calm among global investors as the world’s major economies are eased out of lockdown.