Home › How green was your Black Friday?

How green was your Black Friday?

Lots of companies have lofty green goals, but Rathbone Ethical Bond Fund manager Noelle Cazalis thinks many should be more accountable about their success in meeting them. 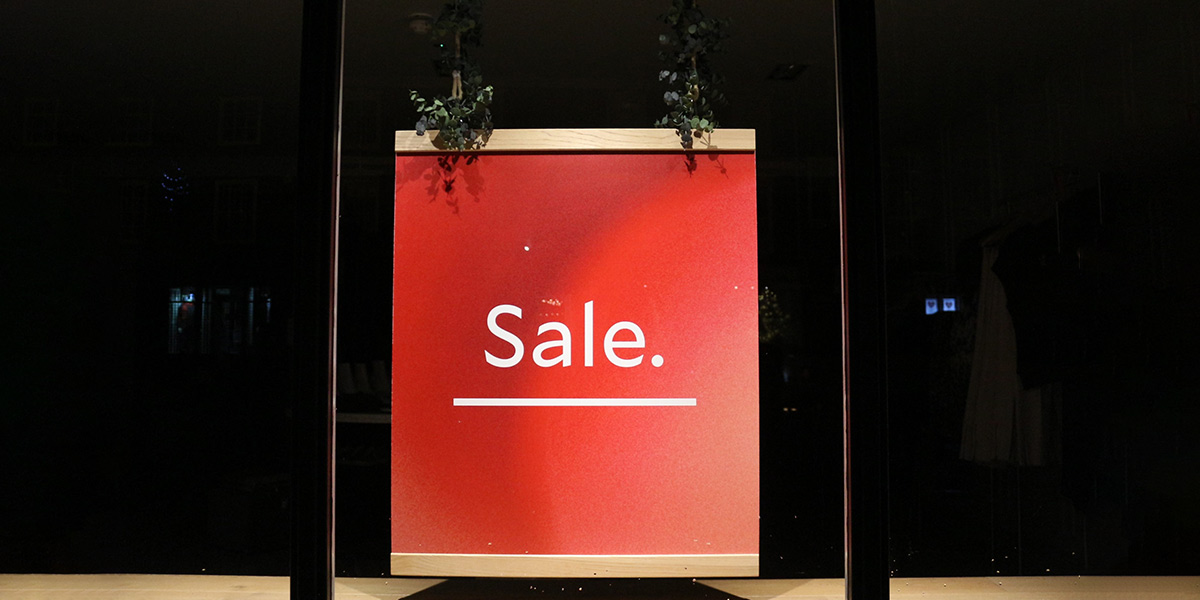 I’ve spent far too much time over the last week deleting the hundreds of Black Friday emails I got offering me once-in-a-lifetime deals. (I’m pretty confident that lots of these deals will be pinging their way back to us again as Christmas approaches.) I noticed that quite a few companies told me they wouldn’t be offering discounts on Black Friday sales but would, instead, donate a percentage of their sales to various charitable causes, most often projects with positive environmental credentials.

But I haven’t seen these companies following up on their pledges by telling me how much they actually raised from those donations. I’m not disputing that the companies made good on their promises. But I do think that companies with good intentions miss a trick when they fail to be super-accountable about how much money they raise, where it goes and the impact that it makes. Rigorous accountability reinforces trust and so encourages people to do the right thing for the environment and society.

Accountability is a hugely hot topic in the world of responsible investing, which continues to go from strength to strength. COVID-19 may still be throwing huge spanners into the works of virtually everything, but it hasn’t slowed the seemingly inexorable surge in the issuance of sustainable (i.e. green and social) bonds. These are being issued by more and more governments and companies to earmark funds for projects that benefit the environment and tackle a range of social problems (like affordable housing and the provision of healthcare).

Bank of America reports that more than $800 billion of sustainable bonds had been issued as of 30 September and predicts that the total will reach $1 trillion by the end of this year. The UK government has finally joined the green bond juggernaut. Its debut green bond in September raised £10 billion, the largest inaugural green issuance by any sovereign. Investors placed more £100 billion in orders for these bonds, beating all previous records for British government debt sales. And its second green gilt, issued in October, has raised a further £6 billion. Huge investor appetite for green government debt seems to be encouraging companies to issue their own green bonds. More and more companies operating in ‘mainstream’ sectors (i.e. outside things like wind and solar energy) have been getting in on the green bond act.

But the market’s growth is raising awkward questions about the legitimacy of some bonds labelled as sustainable. Strong investor demand for green bonds in particular has led to many being priced at a premium (or ‘greenium’) to conventional bonds, which means their issuers end up paying cheaper borrowing costs.

Are some issuers ‘greenwashing’ their bonds by spending more time and money on marketing them as environmentally friendly than they are on achieving meaningful environmental goals? And are they cynically doing this to save money on their debt interest payments?

Take the world’s two largest economic players: China and the US. They are both big issuers of green debt: Chinese firms raised more than $63 billion in green bonds in the first nine months of this year, while American companies sold $38 billion in the first half. But both countries’ governments scuppered global plans to end coal power at the last minute of the COP26 global climate summit. Obviously companies aren’t responsible for the actions of their governments, yet those governments make market rules and could influence how businesses operate. It makes me question whether some of this debt is pushing the boundaries on what counts as green.

The obvious way to counter criticism of greenwashing is with better accountability. The UK government seems to recognise that there can be information gaps on environmental and sustainability issues between companies and investors. It recently published a ‘roadmap to sustainable investing’ that introduces better disclosure requirements.

This is a positive step, but it’s unlikely to have much impact quickly. In the meantime, our team will carefully scrutinise any bonds marketed as green or otherwise sustainable, wherever they are sold.

When we’re deciding which of these bonds to buy, we always prioritise downside risks. How much money could we lose if the issuer can’t pay the coupons? We must also be certain that the money raised will be ringfenced for a specific purpose. The issuer must have a clear sustainability goal from the outset that we’re confident is achievable and will bring measurable benefits. We’re looking for maximum transparency on what happens to the money raised: we expect the issuer to report back regularly on what’s been spent and its impact.

I’m thrilled that our painstaking work is being recognised. The FT & Investors Chronicle Investment Awards 2021 recently awarded Rathbones several accolades, including its overall ESG Champion of the Year award.