The UK government has shattered against a new generation of bond vigilantes. Halloween came early this year, notes multi-asset fund manager Will McIntosh-Whyte. 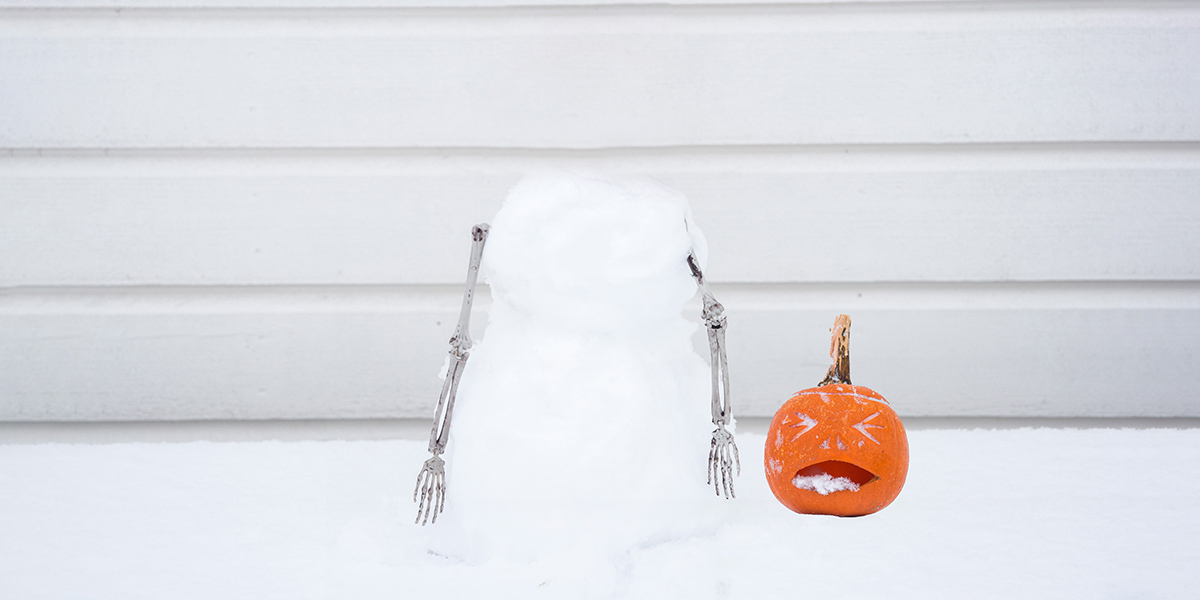 Pumpkin soup is on the menu. It has been every week of this month. October is here. Reliably bringing with It a changing of the seasons and a glut of monster-sized pumpkins (successfully grown by my multitalented wife).

Thankfully, with Halloween round the corner, there is plenty of demand for pumpkins from my nieces. Less fortunately, though, Halloween also means a glut of horror films clogging up my Netflix and dominating cinema screens.

Quite frankly I think we’ve all had quite enough horror in 2022, so I may start a campaign to cancel Halloween this year and ban the release of another below-average scary movie. With any luck I’ll front a petition that will gather more than 100,000 signatures, throwing the issue into the ring in Parliament.

I have never been a horror movie fan, but I feel like I could write a good one based on 2022 (or a cringeworthy comedy based on UK politics). Certainly there’s no shortage of antagonists: the US Federal Reserve, inflation, Russian President Vladimir Putin, COVID-19, OPEC, Bank of England Governor Andrew Bailey, the dollar, Credit Suisse, former UK Chancellor Kwasi Kwarteng...

My main frustration with horror flicks is the bad decisions made by the protagonists. There’s a noise in the basement – don’t go down there! Lock the door. There’s a scream outside – don’t go out there! Call the police. Of course, in times of stress adrenalin and fear course through the veins, and people don’t always do the sensible thing, heading down into the dark, dank basement.

This year the epicentre of the rocky horror show is bond markets, as stubborn inflation and central banks have pushed up government bond yields. Mounting recession fears and curtailed liquidity have exacerbated yield rises for corporate bonds too, with spreads (the extra return you get for lending to a company that can default) have widened.

Our multi-asset portfolio funds went into this year with very few government and corporate bonds because we thought the yields on offer gave little reward. These ultra-low yields also meant the asset provided little protection for any stock market falls – the traditional role of government bonds. Our lower-risk funds, which traditionally would hold large swathes of both types of bonds, started the year with over 25% in cash (and very short-term bonds) due to the ugly returns on offer. If you will indulge some bond hocus pocus: the yield on offer from a 10-year gilt at the start of 2022 was less than 1%. At that point the risk/reward felt very skewed to the downside. If yields were to fall further to 0%, this gilt would (roughly) increase in value by 10%. However, yields had much further to rise, so losses in that instance could be substantially higher. In 2022 to the end of September, UK gilts maturing in 10 years lost around 25% of their value.

The thing is, with all this horror around, what is the right move now? You can lend to the UK government for the next 10 years and lock in nearly 4% yields. It’s a similar picture for the US. While global inflation is high now, we expect it to fall through 2023 (assuming energy prices behave themselves). And there are many forward-looking indicators suggesting this is likely. Equally, in tough times government bonds typically operate like a panic room, as they have a negative correlation to risk assets, like stocks. Should the aggressive-rate-hike regime from central banks cause a recession – or something more systemic – government bonds may turn out to be the shining assets in your portfolio. Certainly, they are now a very different proposition to a year ago, and should now provide both a meaningful return (and indeed a real return, i.e. after inflation), as well as that negative correlation to risk assets.

Not the last of the horror references

Of course, the bond market pain hasn’t stopped at government bonds. Corporate bonds have generally seen larger losses. However, selling corporate bonds now, into the jaws of a bear market, might just be the mummy of all errors.

That’s because the returns on offer from corporate bonds are substantially higher than they have been for years. They aren’t without risk: clearly, if we go into a recession the risk of default rises and the higher-rate regime we are living with increases the cost of debt for many companies. Those that are overleveraged could find refinancing terms unfeasible, especially if their earnings fall, tipping them into default. The landscape has changed from the start of the year, but at least you’re getting paid to take the risk of default, as well as the liquidity risk that comes with corporate bonds. For example, yields approaching double digits for well capitalised bank debt look attractive to us. Yet anyone left holding a bag of debts issued by poor-quality businesses could well take punchy losses.

So despite the haunting returns from bonds so far this year, it’s important to remember that they have long played an important role in portfolios, and with yields normalising, they are starting to look capable of playing that role once again. There may well be more downside ahead in the short term, but my sixth sense says that in 12 months we’ll be pleased that we took advantage of the current bond market volatility.

For those who care for history, Halloween is based on an ancient new year Celtic festival called Samhain, where folk would light bonfires and wear costumes to ward off ghosts. Assuming my bid to cancel Halloween fails, I may start wearing fancy dress to work in the hope of warding off inflation. Maybe I can wear one of these giant pumpkins we’ve got lying around…