Runaway prices are unlikely but the outlook is uncertain

Indicators of a strong post-COVID recovery keep coming out of the US and other major developed economies, but upside data surprises have brought with them concerns of persistent high inflation. 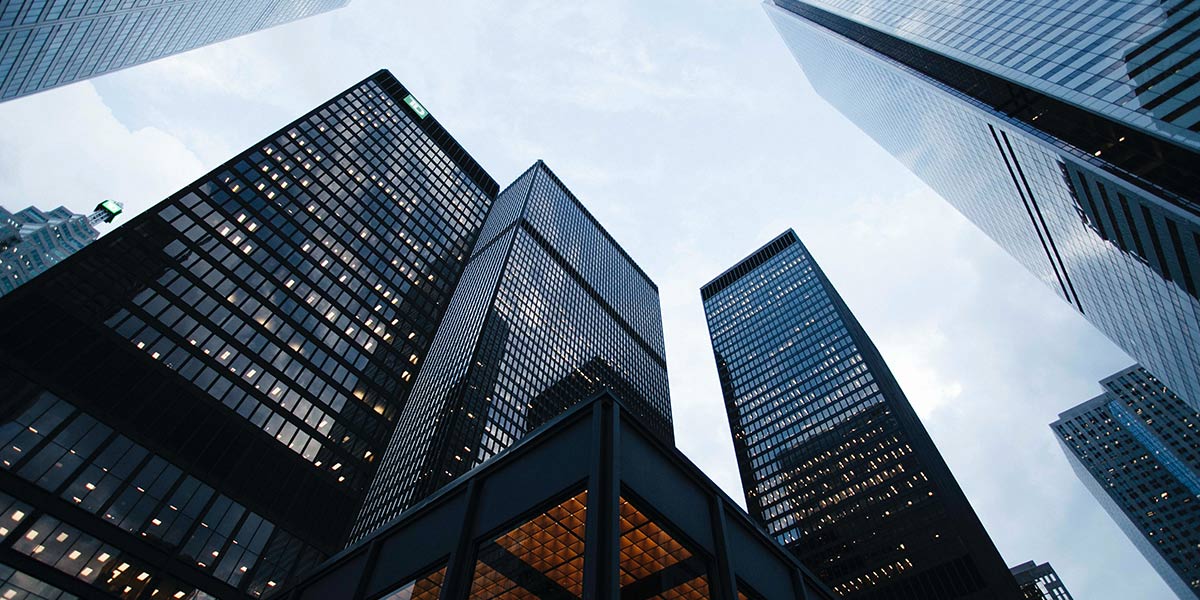 Though May’s inflation-induced spike in market volatility had subsided by June, uncertainty remains: will it be a fleeting inflation spike or are there more profound underlying causes that could make it a lasting trend?

For the most part, this inflation fixation is focused on the US. This makes sense because the US accounts for the largest share of global demand, the dollar is the predominant global funding currency and inflation is as much a global phenomenon as a domestic one in today’s world. Perhaps most importantly, global bond markets can often move in tandem, and changes in US Treasuries are felt in government bond markets all over the world.

Clearly inflation risks have increased. Core US CPI inflation, which excludes volatile elements such as food and energy prices, was 4.5% in June — a rate not seen since 1991. We continue to believe the current period of high inflation is likely to be transitory. The main reason for the spikes is that prices were abnormally low a year ago, and there have been dislocations in spending, employment, production and logistics. (You can read more of the detail in our March Investment Update.)

After that, we think there are too many heavy, long-term phenomena that will keep inflation subdued, as they have for many years now. The structural trends of automation and digitisation, producing more with less, are likely to continue. Meanwhile, the world is even more indebted than it was before the pandemic and there are a lot of people who’ve been thrown out of work by the pandemic — limiting any increases in spending and wages.

However, by transitory we don’t mean that inflation will be back on target by the end of the year (simple maths shows that this is impossible without a deflationary shock), but rather we see it peaking in the next month or two, before falling back towards the US Federal Reserve’s (Fed’s) targeted average of 2% throughout 2022. Indeed, we think it’s likely that inflation over the next two years will average above 2%, in stark contrast to the below 2% average of the last decade. This is a profound change that all investors should consider. We highlight some of the implications it has for bond and equity markets in our next article on page 5.

The outlook is uncertain

The degree of uncertainty around the inflation outlook is also larger than anything investors have had to face for the best part of a decade. Do we fully understand the consequences of the unprecedented degree of money creation during the pandemic? No we don’t, and that uncertainty, over the next 18 months, is skewed to more rather than less inflation relative to the base case that we set out above.

"The world is even more indebted than it was before the pandemic and there are a lot of people who’ve been thrown out of work by the pandemic — limiting any increases in spending and wages."

So why are we sticking to our view of transitory inflation, beyond the reasons set out above (and in more detail in our March update)? The majority of the unexpectedly largemonth-on-month increase in the latest inflation figures for June was due to a small number of COVID-affected sectors, particularly new vehicles, vehicle rentals. And used vehicles, the latter having risen by an almost unfathomable 45% since June 2020. such as hotels, airfares, and vehicle rentals and sales. ). Supply chain pressures for semiconductors, which have been holding back vehicle production, are starting to ease, which should bring inflation back down.

While COVID-recovery sectors such as air fares, clothing and hotels also rose strongly – albeit nothing like vehicle prices – the fact that COVID-benefited sectors make up a much larger share of the CPI basket than COVID-recovery sectorsmeans that the passing of inflation in the former to inflation in the latter will therefore act to decelerate overall CPI inflation. Some of the more economically sensitive components of the CPI that are undistorted by COVID, such as rents, have stayed calm.

That said, some more specific inflation risks have heightened over the last quarter. For example, banks have surprised by easing lending standards to both firms and households. Depressed service-sector inflation in countries that have been relatively free from COVID restrictions, such as Taiwan, have suddenly shot up from their persistently depressed levels, suggesting that consumer behaviour may be more tied to vaccinations.

Some risks have increased

At the same time, some inflation risks have decreased. The US savings rate in April was still an enormous 15% despite a seismic shift in social restrictions (figure 1 on page 3); retail sales fell in May and innovative, high-frequency data suggest that the mountain of savings amassed from the stimulus cheques and lockdowns are still largely unspent.

This is no surprise — there is a much stronger case for excess savings fuelling asset price inflation rather than consumer price inflation. The risk to inflation from further fiscal stimulus has also been reduced for 2021 as Senate rules make it impossible for the Democrats to pass another budget without any Republican votes this fiscal year. Stimulus-induced inflation remains a risk for 2022, however.

Finally, for inflation to run hot perpetually, wage inflation must accelerate, but several indicators we’ve looked at suggest this is unlikely, and in fact our favoured gauge has been decelerating recently. We do expect evidence of skills shortages to push wage inflation higher over the remainder of the year, but not to a de-stabilising degree (figure 2).

Some inflation risks should continue to be ignored. Commodity prices dictate the difference between core and headline rates of inflation, but have no relationship whatsoever with core inflation. During the enormous commodity bull market of the 2000s surveys of company input costs such as the ISM prices paid sub-index got to levels just as high as today and there was no runaway inflation. For more on why we think speculation about soaring demand and rising prices for industrial commodities may be overblown, see our article The demand for commodities on page 6.

Over the past few years, economists and central bankers have expressed increasing humility about their ability to understand the inflation-forming process. But most agree that inflation expectations are central to it. The Fed monitors many different gauges, with different look-ahead horizons, drawn from different samples of the population, and relating to different measures of inflation.

"Over the past few years, economists and central bankers have expressed increasing humility about their ability to understand the inflation-forming process. But most agree that inflation expectations are central to it."

The common trend (in technical terms, the first principal component) has not broken out above the normal range of the past 25 years. Moreover, unlike in the 1970s to early 1990s, rising prices seem to be destroying demand rather than boosting it by encouraging consumers to buy something today before it rises in price tomorrow. Just look at the University of Michigan consumer surveys asking if it’s a good time to buy a house, furniture or a car — they’re all down significantly.

As we explain in the next article on investment implications, the real concern for equity investors is rising real (inflation adjusted) rates, so investors will be focusing a lot on Fed policy and looking for any signs of a premature tightening of its easy money stance. As long as the markets don’t get spooked, the Fed may be content to continue letting inflation overshoot and not put its foot on the brakes for the time being.

The world is even more indebted than it was before the pandemic and there are a lot of people who’ve been thrown out of work by the pandemic — limiting any increases in spending and wages.

Over the past few years, economists and central bankers have expressed increasing humility about their ability to understand the inflation-forming process. But most agree that inflation expectations are central to it. 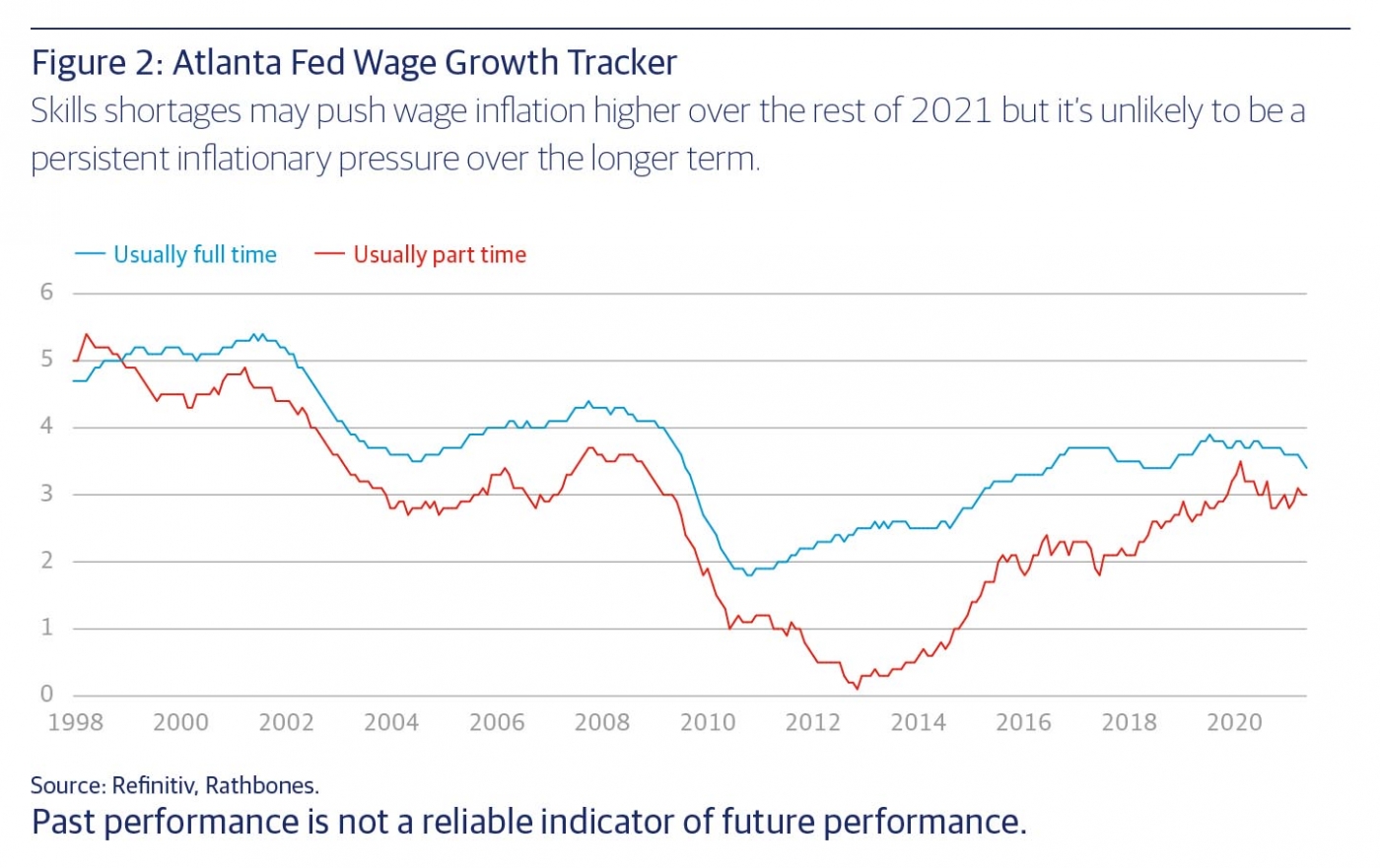 This article has been taken from, 'Q3 2021 Investment Insights', read the full publication here.