Home › Knowledge and Insight › Review of the week: Outline of a bear market

Review of the week: Outline of a bear market

Stocks are flirting with levels that delineate a depressed market. The mood is gloomy and the risk of recession is real, but are investors pricing in too much bad news? 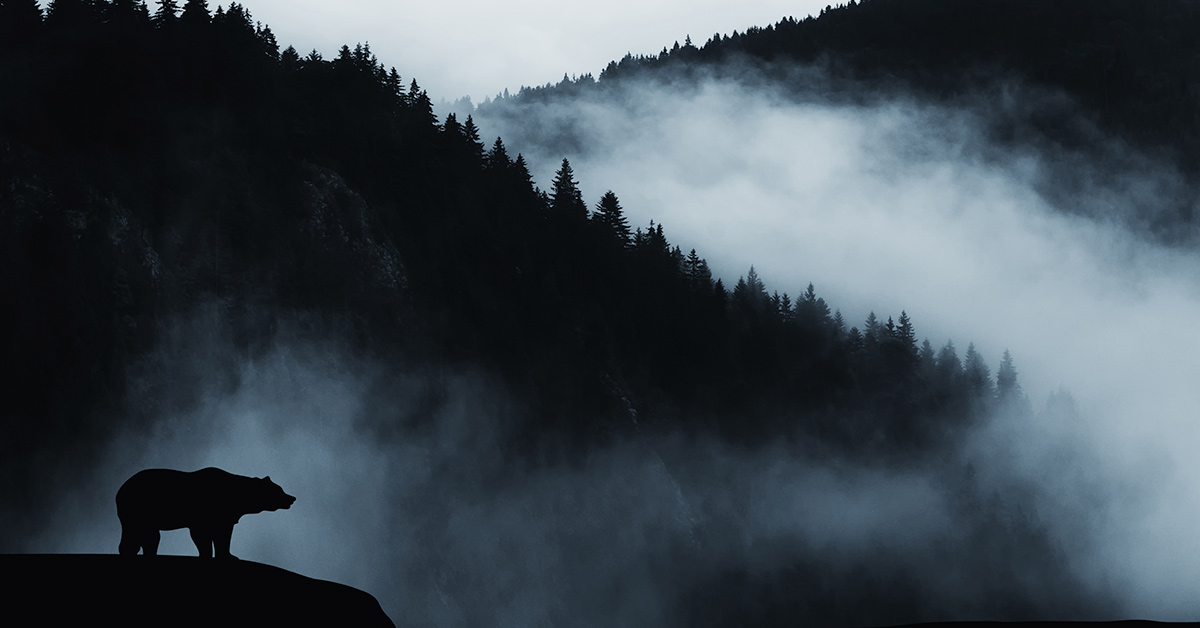 The S&P 500 narrowly avoided falling into an official ‘bear market’ last week. On Friday morning the benchmark US stock index slumped heavily, putting the index at a level more than 20% lower than its last peak before a late afternoon rally took stocks to a minuscule gain.

This 20% down number is a pretty arbitrary rule of thumb. Does it really make that much difference if your shares are down 19% or 21%? But then finance is full of heuristics. And markets are as irrational and anchored to round numbers as are the people who make them up. So, in a way, the late afternoon bounce is a good signal: it shows that many people believe there’s still some reason for optimism. Either that or they have programmed their trading algorithms to buy at these levels and haven’t yet pulled the plug out of the wall, which is also a sign of confidence, of a kind.

There are other fairly arbitrary numbers around: some for bond yields, others for specific stock share prices and yet more among currencies. This is why you see sudden falls (or rises) in bond yields arrest themselves and reverse at certain, round levels. They create supports and ceilings to market moves and are important to keep in mind. Not just an awareness that they are there, but also to understand that when they are breached they tend to be like a broken dam.

You will have some of these arbitrary numbers yourself, no doubt. You notice when the pint of beer costs more than £6 (in London), when the litre of petrol costs more than £1.50, when the pound drops below $1.30. The world is complicated. To be completely rational and incorporate all relevant information on everything all of the time would drive anyone insane. The point here is that there are these trigger points that drive decisions and action. So a £5.95 pint may cause you to remonstrate over the second round, yet a £6.05 one may cause you to simply go home. Investors will buy stocks at 20% down, but, perhaps, throw the towel in and sell everything at 25%.

We believe this emotional rollercoaster of a market may not end until we see further confirmation that core inflation – which strips out volatile food and energy bills – has peaked and a wage-price spiral isn’t beginning. That could take another couple of months.

The cause of the latest drop in US stocks was a tough week for American retailers. Walmart and Target, the country’s largest chains, on consecutive days reported unexpectedly poor profits because of increasing costs and supply chain troubles. Their share prices cratered 11% and 27% respectively, their biggest one-day falls since the 1987 market crash. Walmart ended the week down 20%, after Target’s poor news compounded its falls and led a widespread sell-off of all American store chains.

Retailers’ profit margins are among the lowest in the stock market, particularly for those that purvey consumer staples. It isn’t surprising that they are among the first to run into trouble – low and unstable margins are something that we avoid when looking for the pricing power that builds inflation resilience into our portfolios. American retail profits are yet to deflate from the ‘stay-at-home’ bubble and their inventories of unsold goods are unusually packed too. It’s important not to focus too much on one sector: despite three consecutive quarters of sharply rising input costs, the S&P 500’s profit margin has held up well, and much better than consensus expectations.

Investors have had a smorgasbord of concerns this year, but most of them have centred on monetary policy: the Ukraine war spiking energy and food costs, tangled supply chains failing to adequately match increased post-pandemic demand, all pushing inflation higher and leading central banks to raise interest rates earlier and faster. Those higher rates mean future profits are worth less today. But the future profits have, broadly, been taken for granted. i.e. share prices have fallen because investors put a lower value on the profits expected over the next few years, but they still expected those profits to come in – and to grow. Last week’s concerns about profitability in more defensive stocks was the first serious suggestion of doubt in those future earnings.

According to data feed FactSet, the average American company’s profit grew 9% in the first quarter. And while more businesses cited supply chain woes and cost increases, the average stock price is now 16.4 times the profit expected in the coming year. The average over the past five years was 18.6 times.

You may have seen that the pound has been very rocky lately. It made back some lost ground against the dollar last week, but it is still down 7% year to date and trading around $1.26.

In fairness, much of this is due to a strong dollar. The greenback has increased roughly the same amount against the euro and a whole lot more against the yen (11%). The Japanese currency is now at its lowest level since the very early 2000s. This has pushed prices higher in Japan, energy and utilities especially, sending inflation above 2% for the first time since 2015. This for a nation that has been worrying about deflation (falling prices) for most of the past decade. Obviously Europe is battling energy price woes because of its decision to wean itself from Russian exports, which has put pressure on economic growth and increased the chance of it falling into recession this year. The UK is facing down a stiff cost of living crisis as well, and therefore also at heightened risk of contracting economic activity in the coming months.

When economies slow, monetary policy tends to loosen – interest rates are cut – to support households and businesses. This means lower bond yields, so lessened returns on government bonds, which makes them less attractive to foreign investors. Meanwhile, in the US, economic growth seems more robust and the central bank is more inclined to raise rates further and faster. This makes US government bonds more attractive. The net result of this is more people selling bonds (and therefore the currencies) in Japan, Europe and the UK, and more people buying US bonds (and therefore the dollar). And so the dollar strengthens and other currencies fade.

Back in the UK, consumer confidence sunk to -40 in May, beating the previous record low of -39 set in July 2008. However, retail sales increased 1.4% in April compared with March, rebounding from two months of falls and beating market forecasts of a 0.2% drop. People are feeling depressed – at least when they answer surveys. Yet they are still spending 4.8% more, excluding fuel, than they were in February 2020. That’s not great, but not terrible either.

The mood, both at home and abroad, is extremely gloomy. Risks abound, but we think the chance of a global recession – while not insignificant – is overstated.