Home › Knowledge and Insight › Review of the week: Now what, Prime Minister?

Review of the week: Now what, Prime Minister?

After a lengthy political vacuum over the summer, incoming prime minister Liz Truss must move fast to get to grips with a daunting set of challenges. An energy price cap (costing billions) seems inevitable. 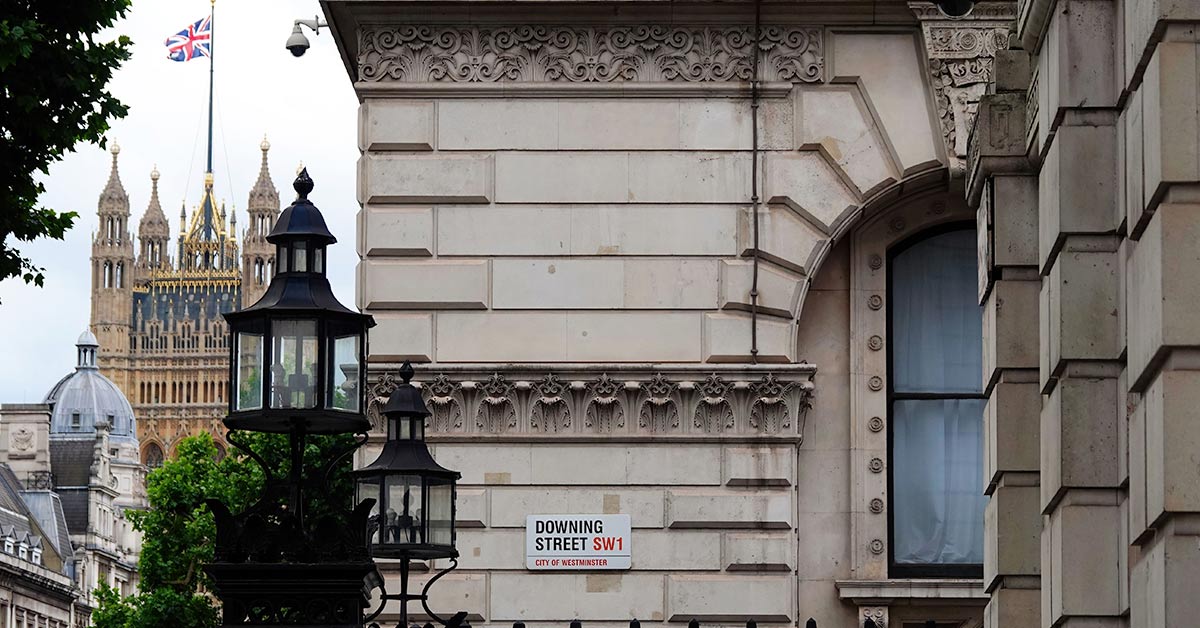 Liz Truss is about to take over as leader of the Conservative party and prime minister after beating her rival former chancellor Rishi Sunak to the top spot. After a long hot summer marked by growing national anxiety about spiralling energy bills, double-digit inflation, strikes by everyone from barristers to train drivers and rising fears of a painful recession, she may find that the highs of victory quickly give way to the enormity of the tasks ahead.

The daunting nature of Ms Truss’ in-tray is well documented and has steadily grown given the power vacuum of the last few months. Government was effectively suspended during the drawn-out leadership contest since the cabinet agreed not to make any big financial decisions until it was over. The candidates’ efforts to play to what they believed were the views of the tiny Tory “selectorate” (estimated at around 180,000-200,000 people) voting to decide who’d become party leader made it more or less impossible to come up with pragmatic policies designed to support the economy in tough times while also working to bring down inflation.

Prime Minister-elect Truss built up a commanding lead over Mr Sunak during the leadership campaign by courting the Tory party base by espousing a low tax, small state policy agenda. She locked herself into commitments to tax cuts, while rejecting “handouts” as the way to help people weather the cost-of-living crisis. Her desire to loosen fiscal policy in a fairly untargeted manner (for example, via a blanket cut to VAT) and so increase public debt significantly seem set to prove inflationary, all other things being equal. And, given that UK inflation is already in double digits, further inflation pressure will almost certainly be met with tighter monetary policy. This is likely one of the many factors leading to the huge surge in UK interest rate expectations over the last month (which we consider in more detail below).

Reality is now closing in. The last few days have seen Ms Truss swerving away from some of her early campaign pledges – at least her seeming resistance to big government-funded support to help households and businesses cope with their energy bills. Over the weekend, she announced she’s planning “immediate help” and pledged to start to reveal her plans to tackle energy costs this week. This announcement is expected to be followed quickly by an emergency budget (or so-called ‘fiscal event’).

A huge interventionist handout package may not be the kind of politics Ms Truss favours. But has she really got any other choice?

The Bank of England’s current forecasts for stubbornly high inflation means real household disposable incomes will fall by 5% this year and 6% next. Combined, that amounts to a near £3,000 hit for the typical household, or twice the size of the one they faced from the financial crisis. This will be impossible for lower income households to weather.

According to analysis from the Resolution Foundation, typical monthly energy bills averaged around £155 a month last winter. This winter they’re set to average around £500 a month, peaking at over £700 in January. The UK’s four million customers on pre-payment meters, who can’t smooth their bills out over the year will have to find that cash upfront just to keep the heating on. And £700 is over half of their entire disposable income.

An energy price cap, which will cost the government billions to fund, seems inevitable. With the second lowest debt-to-GDP ratio in the G7 group of industrialised nations and the group’s longest debt maturity profile (albeit with an unusually high proportion of inflation-linked debt), the UK can afford this. But to bring more comfort, we’d like to see the new government delivering a roadmap for getting the UK back to decent rates of growth.

Current business secretary Kwasi Kwarteng published an op-ed in the Financial Times on Sunday in which he applauded Ms Truss for being “unashamedly pro-growth” and spoke of a 2.5% growth target. But he failed to detail a single policy that might deliver that growth. The UK had dismal 1-1.5% trend growth between 2010 and 2020. And the country’s track record of business investment and productivity growth between the vote to leave the European Union (EU) and the pandemic is shockingly poor, by international and historic comparison respectively.

For now, all we’ve heard from Team Truss are vague ideas about cutting taxes and red tape. These ignore the huge shift in the notion that cutting already-competitive tax rates (particularly income taxes) provides a boost to growth beyond the short term. This idea was popular in the 1970s, but has since been revealed to be overly simplistic. We would like to see some more credible pro-growth policies from the new government. In our view, it would do well to bring together cutting edge and detailed plans on (for example) increasing research and development expenditure, improving the business infrastructure and enhancing the country’s adult human capital.

Ms Truss’s plans to reverse the decision to increase the corporate tax rate from 19% to 25% would directly boost UK corporate earnings. Domestically-oriented UK businesses would benefit from this proposal (though it would have much less impact on the more international businesses that make up the FTSE 100). Overall, we would not expect the cut to make a significant difference to the UK’s long-term economic prospects.

When we discussed the resignation of (now) former prime minister Boris Johnson back in July, we explained that transitions from one prime minister to another tend to have very little discernible impact on financial markets. We don’t want to overplay the significance of the current intra-party transition. This isn’t 2019, when the Tory leadership contest was effectively a referendum on a hard or a soft Brexit, and when the threat of a far-left Labour leader loomed large.

Indeed, despite the torrid summer of gloomy domestic news, larger cap UK equities have held up remarkably well. But of course most of the big multinationals listed on the FTSE 100 earn their revenues in foreign currencies and not in slumping pounds. And the index also comprises many energy and mining companies that have done well as commodity prices have boomed.

A Truss premiership will ensure the continuation of fractious relationship between the UK and the EU, and possibly other parts of the world. As a minister, Ms Truss introduced the Northern Ireland Bill, establishing procedures for the government unilaterally to overrule the Northern Ireland protocol and break international treaty law. This could result in a de facto ‘no deal Brexit’ in all but name. This would risk damaging UK productivity and imposing a ceiling on the extent that the pound could recover whenever the business cycle turns. International earners would benefit from a cheaper pound, but we’re cautious about the outlook for businesses focused on exports from the UK to the EU as well as those dependent on domestic prosperity.

Meanwhile, UK government bonds (gilts) and the pound have had a very tough August as they’ve borne the brunt of international investors’ concerns about the lack of clarity over the government’s spending and taxation plans as the cost-of-living crisis has worsened. Yields on 10-year gilts have soared from 1.8% to 2.9% as their prices have dropped (bond yields move in the opposite direction to prices) and sterling has dropped more than 5% against the dollar, while also falling against the euro.

We’re concerned about the timing of Ms Truss’s mooted review of the Bank of England and its inflation mandate (although a thoughtful strategic review is never a bad idea). Right now, we believe the country needs the credibility provided by an independent central bank. With long-term inflation expectations already showing some signs of becoming unanchored in the UK (in contrast to elsewhere), we wouldn’t want to see anything that might exacerbate that trend.

We will, of course, be monitoring the new government’s policy agenda closely and will share our views on any emergency budget soon after it’s announced.