Home › Knowledge and Insight › Review of the week: Just like the old days

Review of the week: Just like the old days

With COVID cases starting to roll over – in the UK at least – and investors settling down for some old-fashioned Fed watching, everyone is hoping 2022 will be a bit more like pre-pandemic times. 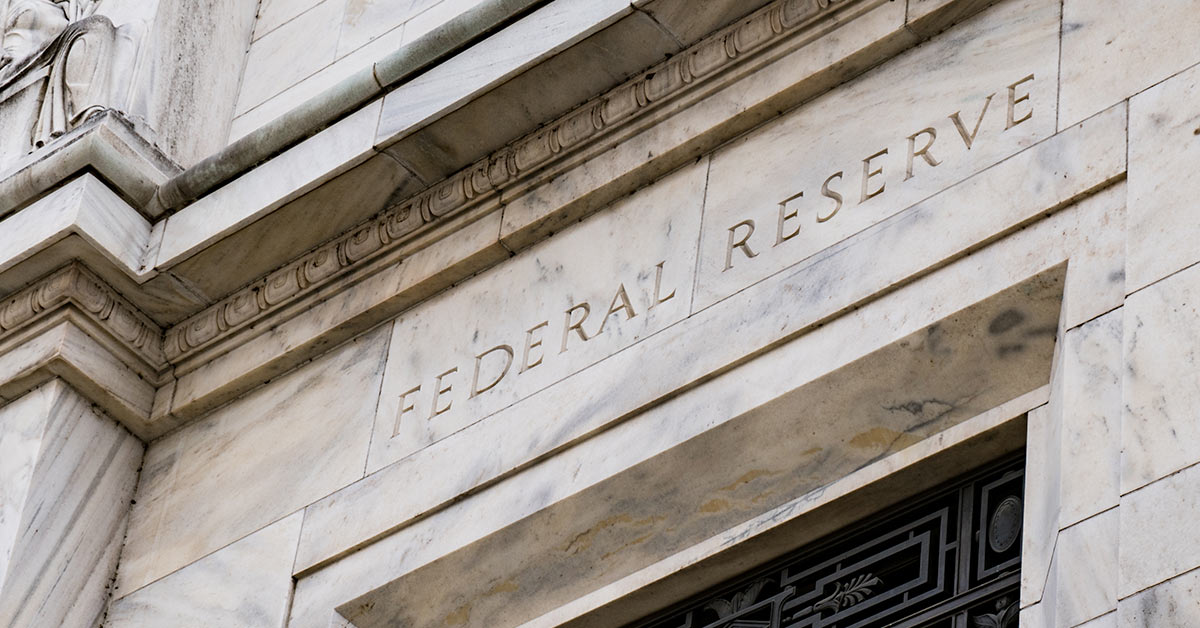 This year looks set to be like the old days in at least one respect: complete fixation on central banks is back in vogue.

The belle of the ball is, as always, the US Federal Reserve. The American central bank effectively sets the benchmark risk-free rate for the world, so it’s movements arguably matter as much in Mongolia as in Minnesota. Several Fed governors have been on the road talking about monetary policy and they are all banging the drum for higher interest rates to tame inflation. Not only that, but quantitative easing (where the central bank buys government bonds to keep yields, and therefore borrowing costs, low) is highly likely to be put in reverse. This is called quantitative tightening and means the Fed will stop reinvesting money from coupons and bond redemptions, slowly running down its $8.8 trillion in assets. That number is bananas. To put it in context it’s twice as much as the Fed held in January 2020 and roughly 40% of US GDP. Still, only about half of those assets will be unwound, the rest will remain on the Fed’s books.

No central bank has tried to unwind such a large pile of assets before, so investors are a little jittery about how it will go. This is one reason why government bond yields have been trading more erratically recently and heading higher. US 10-year Treasury bond yields have reached 1.79%, higher than at any point since January 2020. The UK 10-year yield is also trading much higher, at 1.18%. Even the German 10-year yield – which we have gotten used to seeing well into negative territory – has sold off to within just a few basis points of zero.

For all the whipsaw moves and undercurrent of wariness in bond markets, we should remember that this sell-off in bond markets is driven by a relatively strong economic recovery, albeit slightly slower than first expected. Employment is high in most major countries, wages are growing and companies are making very good profits. As problems go, these are better ones to have than most. The World Bank’s Global Economic Prospects report estimates worldwide GDP growth was 5.5% last year and expects expansion of 4.1% this year and 3.2% in 2023. That compares with the average annual expansion of 3.2% for the 10 years to 2019.

Chinese growth has been revised down quite considerably (-0.5% in 2021 and -0.3% in 2022). This is due to the nation’s continued zero-tolerance on COVID, which has required long lockdowns of many millions of people at a time, curtailing household spending and investment. In contrast, production hasn’t been as badly affected, with exports accelerating during the year. As for the US, last year’s GDP growth is forecast to be 0.4% lower than the World Bank had expected. To be honest, these forecast misses just underline how tumultuous the year has been. And they are a helpful indicator for just how wide the fan of potential outcomes for 2022 is. The rip-roaring recovery in GDP, along with subsequent waves of COVID reinfection and unfathomable amounts of government stimulus, have put pressure on supply chains and labour markets the world over. This has fuelled inflation even as it has pressed markets for stocks and houses higher.

Which brings us right back to the start. The path of inflation from here is both highly unclear and highly important because it will influence Fed policy which sets the bedrock for valuing assets the world over. Most of last year’s rise in inflation was driven by the recovery in energy prices from record lows in 2020 and a shift in how households spent money during lockdowns. With holidays off the agenda, cafes, cinemas and restaurants shuttered, people instead bought way more goods than usual, sharply increasing the price level in these areas. As economies reopened, this balance between buying goods and services has started to normalise, so – barring any further sustained lockdowns or waves that dissuade people from going out – it’s difficult to see how goods inflation can continue its ascent too long in 2022.

We think inflation will begin to fade in the spring, albeit remaining above the average rate of the past 10 years until next year at the earliest. This should prevent the Fed having to reverse its extraordinary monetary policy too urgently, reducing the risk of its tightening setting off a sustained panic in markets and potentially puncturing the global economic recovery. However, as we all know, it’s hard to plan a week ahead in a pandemic, let alone make 12-month forecasts. We will be watching carefully as the weeks and months of 2022 progress.

Prime Minister Boris Johnson is no stranger to gaffe or scandal. Yet even by his standards, he’s had a rocky week.

Revelations that several parties were held at No10 Downing Street when any out-of-home contact was strictly prohibited – including one on the eve of Prince Philip’s funeral – caused widespread anger among both the public and his party. Calls for him to resign have been palmed off and Mr Johnson has gone to ground. Can he outlast this one? It’s up to Conservative MPs. To oust him is no mean feat, it requires 54 party MPs to put their names to a letter of no confidence, and then half of the parliamentary party (180) would have to vote for his dismissal.

The FT reports that Mr Johnson is preparing a series of announcements to placate backbenchers and divert public opinion. If this comes to pass, we can only hope that the policies are reasonable ones that help the economy and won’t cost a bomb to the Treasury. If Mr Johnson were to be rolled, Chancellor Rishi Sunak is the bookies’ favourite to take the top job, with Foreign Secretary Liz Truss a close second. A government run by Mr Sunak would be a sea change, given he has often been reported as clashing with Mr Johnson on the cost of continuing popular pandemic support policies. Mr Sunak seems more austere in his management of the economy, so if he were leader we believe it would lower the outlook for UK growth.

It’s already looking like a more difficult year for the UK, with soaring energy prices set to squeeze households even further, higher taxation and tighter Brexit import-export rules coming into force. Strong leadership will most definitely be required.

New ideas are helpful too. The London Stock Exchange has come up with a plan for a new market for trading private company shares. The UK is often lambasted for its shortage of the new-age technology companies that dominate today’s global markets, so this private trading market would be an attempt to entice some of these companies to list in Britain. The new market would create trading windows of between one day and a week for privately held stock so that company employees, founders and venture capital investors could cash out to public investors. Because of the limited trading volume for these sorts of businesses, the idea is to press all the trading into a reduced period to improve liquidity. The plan needs regulatory approval and a law change to go ahead. There would be lighter regulatory requirements for companies and a chance for British investors to get access to some exciting growth companies, albeit with quite a bit of risk as well. Something to watch!