Home › Knowledge and Insight › Review of the week: Inflation persists

Review of the week: Inflation persists

The price level is yet to find a ceiling, so the value of stocks and bonds have no floor. Markets will swing between hope and despair until inflation is inarguably falling. 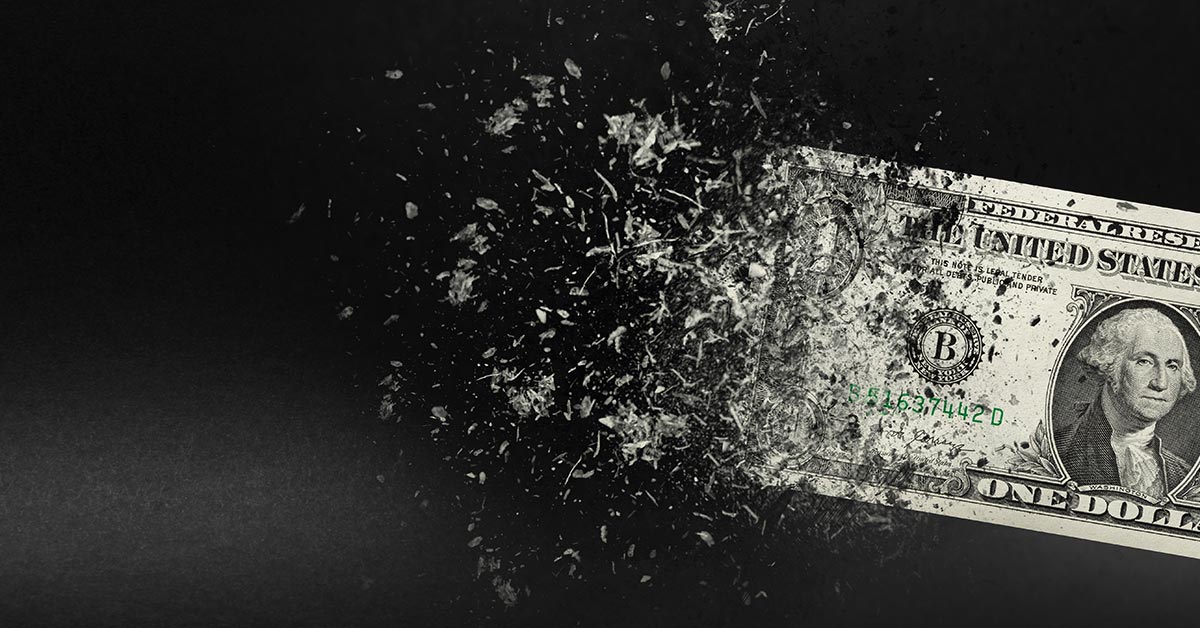 More than anything, investors want to see inflation falling. Take away inflation and you remove the need for central banks to aggressively raise interest rates. Fewer and smaller rate hikes mean future cash flows are more valuable and therefore stocks and bonds are worth more today.

So a renewed lurch upward in US inflation upended the hope that inflation had already peaked, sowing panic in markets last week. After dropping slightly from its multi-decade high in April, American inflation jumped to a new record of 8.6% in May – the highest since December 1981. This was driven by increases in the cost of virtually everything: petrol and fuel oil, natural gas, electricity, food, housing and airfares. Core inflation, which strips out volatile energy and food prices, continued to fall back to 6% however.

We still believe that inflation will fade back to more normal levels by the second half of 2023. After all, about 70% of the increase in US inflation can be attributed to energy, food, types of goods affected by lockdowns/supply chains and services affected by a post-COVID surge in demand. In Europe and the UK this accounted for roughly 90% of inflation in April. But the latest American data does reinforce the broadening risk that our base case is wrong.

Concerns about higher rates and stubborn inflation drove investors to sell US 10-year Treasury bonds, driving down the price and sending the yield above 3.2%. US government debt now yields more than at any time since 2011. All eyes are now on the US Federal Reserve (Fed), which meets this week. The central bank was expected to raise interest rates by 50 basis points to 1.50%, now some economists are wondering whether the renewed acceleration in inflation will compel the Fed to hike rates by 75bps.

Meanwhile, global growth expectations have taken another hit. The World Bank slashed its GDP forecast for 2022 to 2.9% from the 4.1% it had ventured in January. Sky-high inflation around the world, along with the effects of the continued fighting in Ukraine on trade and investment, will combine with tighter monetary and fiscal policy to constrain economic expansion. The World Bank believes the globe is entering a year or so of “feeble growth” that increases the chance of ‘stagflation’ (where inflation is high and GDP growth is non-existent or falling). However, it also notes that today’s world is very different to the 1970s: central banks are more experienced, more independent and have a wider range of policies to ensure economic stability; the dollar is strong, in contrast to 50 years ago; and the percentage increases in commodity prices are much lower this time around. We agree with this assessment wholeheartedly. We also note that the 2.9% the World Bank now forecasts is not much below the historic trend.

The UK is in a similar position to the US, only with an even worse growth outlook. In fact, it has the lowest forecast for 2023 GDP of all major nations barring Russia. British inflation continues to rise rapidly and is currently at 9%, the highest in the G7. Wages are growing at a clip – 7% higher than this time last year and likely to accelerate this week – yet the real value of pay packets (what you can actually buy with them) has risen just 1.4%. When you take away bonuses (which accrue disproportionately to the highest earners), real salaries actually dropped by 1.2%, the largest annual decline since 2013. The pound has sunk heavily against the dollar so far this year, which compounds increases in the cost of commodities like oil, metals and imported food.

The OECD expects a 3.6% increase in 2022 British economic growth, although much of that reflects recovery from coronavirus at the end of last year. It then expects this growth to slump to zero next year as households are increasingly squeezed. This is a marked change from the forecast of a 2.1% expansion for 2023 made at the beginning of this year. The UK is battling higher inflation, higher interest rates, higher taxes and lower trade.

All of this makes for tough decisions for the Bank of England, which meets this week to agree monetary policy. UK policymakers must raise rates to retain credibility for keeping prices in check. However, they know that doing so adds to the already heavy burdens on businesses and households from increased borrowing costs, utility bills and taxes.

In its latest economic update, the World Bank notes that reduced demand from China due to extended lockdowns has dampened global GDP growth. It is particularly harmful to Asian emerging markets that are closely tied to Chinese manufacturing.

This year GDP per citizen – a better measure of economic growth because it better measures average living standards – is expected to fall 5% below its pre-pandemic trend in developing nations, according to the World Bank. That may turn out to be an underestimation, given that China is reinstituting some of its COVID-19 restrictions just weeks after opening several large cities from strict lockdowns. Shanghai has locked down almost everyone in the city for mass testing as infections continue, causing more disruption and triggering a renewed run on groceries.

Put bluntly, China’s zero-COVID policy seems unfeasible in the face of the extraordinarily contagious latter-day mutations of the virus. The authorities appear dogged in their adherence to the strategy, however, perhaps because of its large, unvaccinated and vulnerable elderly population. Just how long China will persevere on its current course only time will tell. But constant recurring shutdowns of the world’s largest exporter and a huge centre of global economic demand could have significant and lasting effects.

That said, the remarkable thing about the previous Shanghai lockdown is that it didn’t affect Chinese production and shipping by as much as you would expect. It hurt domestic demand hugely, but not supply. Inventories have shot through the roof, and container shipments from Shanghai fell only briefly, by 18% at their worst, and were already back to within 5% of the pre-lockdown level in mid-May. Moreover, container shipments from other ports rose by 15% to 20% to pick up the slack.

Emerging market debt and stocks have had a bumpy time this year, although performance is definitely not uniform across all nations. Commodity exporters have held up relatively ok while those that need imports or with large debts have had a tough time. Chinese stocks are a bit of an anomaly. China’s appetite for raw materials is gargantuan – and many of its cities have been locked down as well – yet its stock market has fallen only 10% or so since the start of the year. That is much less than other nations. China has managed to keep its consumer inflation in check (it’s currently at 2.1%), which may ease some of the pressure. Are these numbers accurate? Will that moderate inflation last? And will its economic motor kick back into gear? All of these are important questions for the global economy.