Home › Knowledge and Insight › Review of the week: Here we go again

Review of the week: Here we go again

England will soon plunge back into lockdown. It shouldn’t be as economically painful as the first time around, says chief investment officer Julian Chillingworth. But it won’t be good. 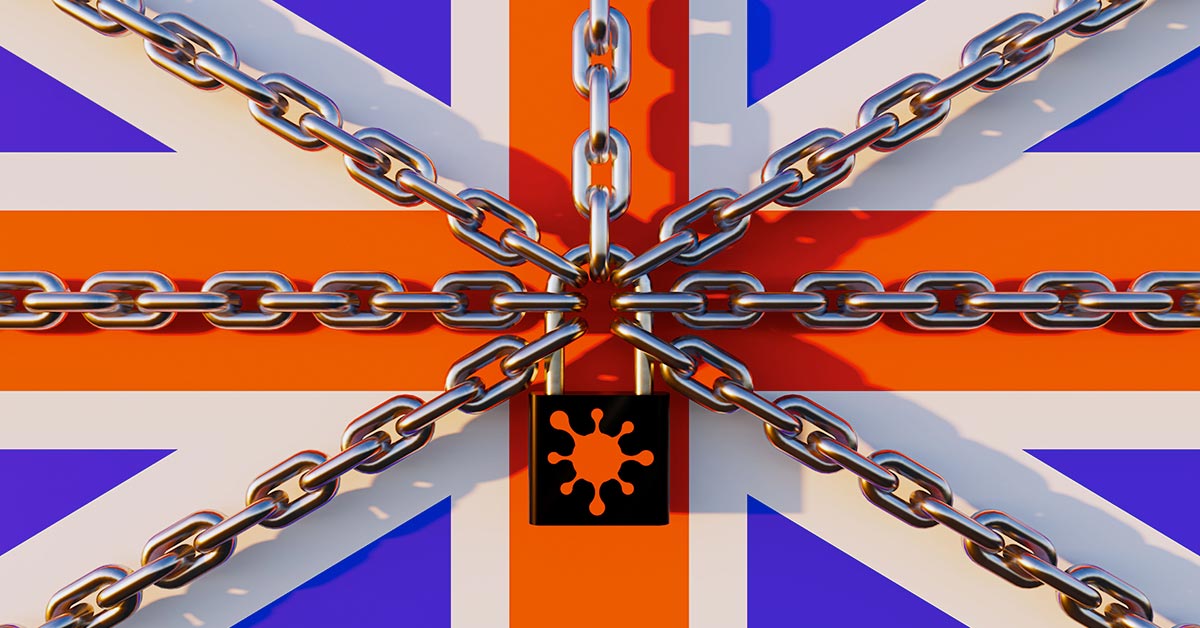 Back under we go. Prime Minister Boris Johnson’s decision to dispense with the tier system after just a few short weeks and completely lock down England for at least a month (joining Scotland and Wales, which had implemented strict measures well before) means the UK is seemingly back where it was six months ago. It is a demoralising blow.

But take heart. The fact that this is old hat for us now means that the economic damage should be much lessened this time round. That, and the fact that the government has carved out exemptions for several industries. The British economy plummeted 26% in the six weeks of lockdown from mid-March to the end of April. So, if the next four weeks of lockdown have exactly the same effect, we’re looking at a 17.5% slump over the month. However, this time round construction, manufacturing, education and childcare remain open. And other sectors have become more adept at working from home. Because of this, we’re assuming our economy will contract by 10-12.5% over the November lockdown.

To be clear, this is silver lining stuff. The economic effect on the UK will still be pretty bad. Hospitality and retail businesses, and their staff, will bear the brunt. Charities, pubs, museums, cinemas, galleries, theatres, restaurants, bowling alleys, cafes, comedians. Anything and anyone who can’t operate without a (obscured) smile and a venue grounded in reality. Some of these businesses – usually the larger and more established ones – can and will switch to streamed performances, takeaways and other digital alternatives. This is partly what we mean by saying that our experiences will blunt GDP falls this time. But they won’t be making anywhere near what they were when they could be open as usual. Hopefully, the number of infections won’t be as high either, so the economic pain will be worth it. Because once the month is over, UK GDP will be set to remain below its pre-pandemic level until the end of 2022, perhaps even later.

"The UK has the second lowest debt to GDP ratio in the G7 (even after this year's extra spending) and the cost of borrowing is at rock bottom."

The government has reopened most of its support schemes, including the more generous furlough scheme that was set to expire, and there’s plenty of cash available in the government's guaranteed lending scheme for businesses and charities. Yet the effect of sending millions of workers back home again after just re-entering the swing of employment won’t be good for the national mood. As for concerns about whether the UK government can afford yet more largesse, we believe they are unfounded, for now at least. The UK has the second lowest debt to GDP ratio in the G7 (even after this year's extra spending) and the cost of borrowing is at rock bottom.

Speaking of interest rates, the Bank of England (BoE) is likely to step in as well, adding more quantitative easing (buying up bonds to keep yields low) and offering generous long-term borrowing for commercial banks that continue to offer loans to the public. But negative rates? We still don't think the BoE will go for it in the near future. A fortnight ago, two BoE decisionmakers reiterated points made in past months by Governor Andrew Bailey: that they are still troubled by the effects of negative rates and that investigations are continuing. The BoE is still in the process of making sure that its own IT and that of commercial banks can handle negative rates if they do need to try it, but that the policy is only likely to be used as something of a last resort.

As for the effect of lockdown on UK investments, we don’t think it much alters their prospects relative to the rest of the world’s. We were already working under the assumption that the UK was going to have one of the worst economic outcomes of the 42 economies we’re keeping tabs on (OECD countries plus a few other big emerging markets). We have a larger consumer services sector than most other countries, which makes us more sensitive to COVID-19 restrictions. Similarly, out of 22 advanced economies, the UK ranks third for the proportion of GDP produced in its cities. Several key sectors were already ailing before the pandemic, and there’s evidence to suggest that the UK has more than its fair share of so-called “zombie” companies (unprofitable enterprises propped up by extremely cheap lending and lacklustre competition). Our private sector is more indebted than many other countries too, which increases the fragility of our economy.

Of course, it’s important to remember that 70-80% of UK equity market earnings come from overseas, and it’s important to maintain a global perspective when it comes to all that global monetary and fiscal policy support – the “do whatever it takes mentality”. But it’s another reason to avoid those domestically focused businesses that are tied at the hip to the UK’s fortunes. We believe focusing on defensive, ‘growth’ businesses with more reliable profits, which are less affected by the ebb and flow of economic growth in one nation, is the best course for now.

As we've been saying for a couple of months, with cases and permanent unemployment rising and flu season around the corner, there was a risk that our recovery entered a stop-start phase that curtails consumer spending and unnerves financial markets. That phase appears to have arrived.

All eyes on America

We’re not the only ones slipping into lockdown. The virus is spreading rapidly throughout the Continent and the US as well.

France’s new lockdown is very similar to ours, while Germany’s is much milder: non-essential shops remain open, as will some services such as hairdressers. Germans are also allowed to gather in groups of 10, so long as they’re from only two households. As for the economic effects of the European shutterings, they will be punchy yet offset by the generosity of their support schemes. The US, meanwhile, is without such protections. It is also without a legislature that can conjure them up. The partisanship of Congress is stunning. They appear happier watching their country burn than compromise with “their friends across the aisle”.

"Going to the polls on Tuesday, the US could not have picked a worse time to be teetering on the sharp edge of a pandemic."

Thankfully, the US hasn’t yet got to such a point of economic destruction. Aside from a few particularly hard-hit locales, the pandemic, while widespread, hasn’t necessitated the complete lockdowns enforced across the Atlantic. But the situation may change rapidly, as shown by the past fortnight in the UK and Europe. Going to the polls on Tuesday, the US could not have picked a worse time to be teetering on the sharp edge of a pandemic. Its lame Congress will effectively hatch into a duck from Wednesday. If the pandemic spirals out of control before the government and new legislature have time to bed in, the unadulterated effect of widespread closures would be devastating. An August report by a raft of thinktanks and universities estimated that between 30 and 40 million Americans are at risk of eviction. We have yet to see a complete lockdown unaccompanied by public aid in an advanced economy. If it comes to pass, it will no doubt be messy.

Democratic challenger Joe Biden is leading comfortably in the polls, leading most electoral college forecasts to tip him as a runaway victor in Tuesday’s election. Yet this picture becomes murkier when you dive deep into the swing states. The fight will be bitter there, particularly given that many state governors are using their powers to try gin the result their party’s way. Several Republicans have reduced the number of polling booths in strongly Democratic areas, hoping long queues will dissuade voters. While some Democrats are trying to expand postal voting as widely as possible, heightening the risk of voter fraud. This is making the election increasingly acrimonious and it will extend past polling day. Meanwhile, an increase in postal voting suggests turnout everywhere will be much higher than usual. That will mess with forecasting models.

We will be watching this race – and, just as important, the one for Congress – closely. Look out for our coverage of the result this week, which will be posted here.

View PDF version of Review of the Week.