Home › Knowledge and Insight › Review of the week: Getting ahead of the Fed

Review of the week: Getting ahead of the Fed

Bond yields have been climbing almost as much as investors’ worry levels. Pausing to remind ourselves what central bankers are trying to achieve – and how stocks typically react – is helpful. 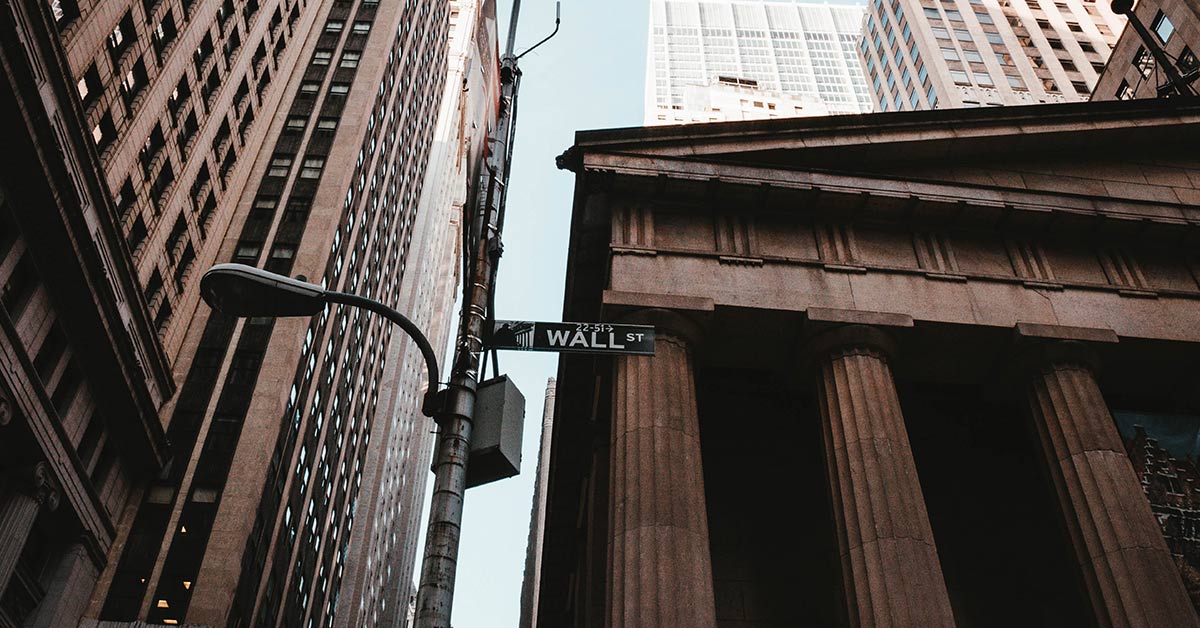 Like nervous students awaiting their results letter, investors are restless and have been winding each other up with fevered speculation in recent weeks. The US Federal Reserve (Fed) meets Tuesday and Wednesday to discuss the state of the American economy and decide on monetary policy.

All through last week, the predictions flew. By the end of the week, they seemed very outlandish. Too outlandish. Some people were arguing that the Fed will signpost a 50-basis-point hike in interest rates (double the usual increment) for March, turn off its quantitative easing bond purchases and issue a statement implying that somewhere in the region of five to seven rate hikes will be meted out in 2022.

We don’t buy into this. While it’s true that the Fed has shifted from its original stance of looking through higher inflation, it doesn’t mean it has taken leave of its senses. Much of the acceleration in inflation has come from complications of the pandemic shock: a sudden and overwhelming jump in demand for goods; snarl-ups in production and shipping to meet that demand; yo-yoing oil prices; increasing energy costs; and an immense shake-up in labour markets as many people moved to different areas, changed industries or, encouraged by soaring property and investment values, retired completely. Some of these effects will have a longer-term impact, many will work themselves out in reasonable time, some are already starting to fade out of inflation data. We think the Fed will raise rates several times this year, and it will stop quantitative easing and likely put it in reverse. But it will do all this cautiously.

The Fed wants to normalise its monetary policy – as do most central banks. Most benchmark interest rates are still near zero and central banks hold piles of bonds and mortgages (and, in some cases, equities) that were bought during the global financial crisis when it became clear that near-zero interest rates weren’t going to be enough to ensure that money was available to grease the global economic system. To ensure payrolls were made, refinancing was more than reasonable and households and governments could continue spending. The logic behind all this is that you must support ‘aggregate demand’ – economic legend John Maynard Keynes’s term for the sum of all the things a society is willing to buy – because that justifies the ‘aggregate supply’ (all of our jobs) and prevents a spiral of economic depression.

These piles of central bank assets were added to enormously during the pandemic for exactly the same reasons as before. It shifted a phenomenal amount of safe-haven government-backed assets from private sector investors to the public sector. Much of this cash was then reinvested in higher-risk assets, whether corporate bonds or stocks. No central bank has unwound such a huge collection of assets before, so it’s no surprise that it makes investors nervous. But that’s all the more reason to think that central bankers will be cautious, not cavalier.

Central bankers want to correct as much of these distortions in asset ownership and prevailing interest rates before the next recession, because it will give them more ammunition to do their job and support the economy once again. It makes sense for central banks to normalise now, while economies are growing relatively strongly and employment is high. However, central bankers know that moving too swiftly will simply bring forward the recession they are trying to prepare for. That’s in no one’s interest.

These ructions in bond markets have flowed through to stock markets. This is a pretty typical reaction given the breakneck moves in bond yields since Christmas, despite them still remaining very low indeed in historical terms. The US 10-year yield went from 1.45% to almost 1.90% in very short order, a move that is more than two standard deviations higher than the average.

Stock markets have had a rough time in 2022 – ‘growth’ companies in particular. A ‘rotation’ has been in motion since the fourth quarter, with investors selling businesses that have done very well during the pandemic and in previous years where economic growth has been subdued. ‘Growth’ companies are those that post reliable and higher-than-average profit growth that is less reliant on improvement in the wider economy. Investors have instead been more interested in buying ‘value’ and ‘cyclical’ businesses, which tend to increase profits markedly when the economy improves (but also get hit harder when conditions deteriorate). The leaders of this cyclical rally are banks, which can make more money from higher borrowing costs, and the energy companies that are enjoying a ramp-up in the price of what they sell.  This rotation has intensified in January, leading the growth-heavy Nasdaq Composite stock market index to fall more than 10% so far this year.

The hardest hit growth companies are extremely highly valued with limited evidence of strong profitability. Many in the market have tagged these companies as ‘spec tech’, which gives a flavour of the sorts of businesses they are. Other, more mature and resilient, growth companies have dropped as well; however, we believe they should bounce back if they continue to deliver the profit growth that investors have come to expect from them. The next round of earnings announcements will be very interesting indeed!

Rising yields, in general, are not ordinarily a headwind to stock markets, especially when part of the rise is due to a decent economic outlook, which is especially the case now that Omicron appears to be waning. The biggest risk to stock markets is a recession, which is not on the cards for the foreseeable future.