Home › Knowledge and Insight › Review of the week: The delicate web of trade

Review of the week: The delicate web of trade

The strands of trade connecting markets are as important to our living standards as they are fragile. A stranded ship in the Suez highlights both points at once. 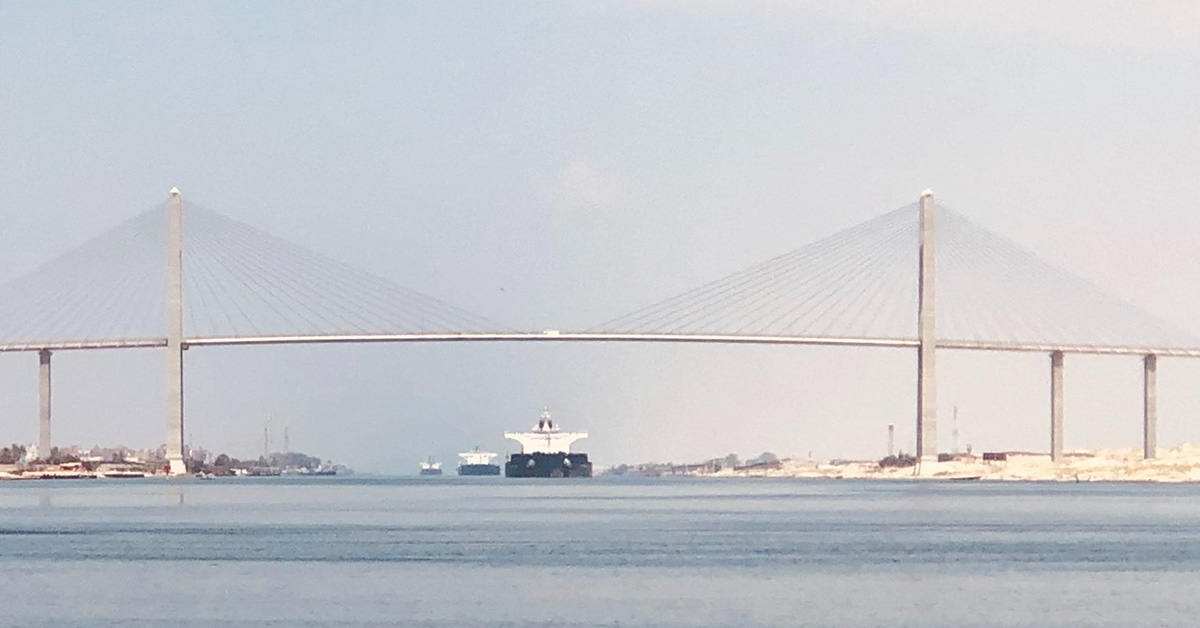 "For almost a week, the Suez Canal was out of action as Egyptian authorities tried desperately to dislodge the Ever Given, a 400-metre container ship that weighs in at 200,000 tonnes."

A lot of time and effort are spent thinking about trade policies, their effects and potential unintended consequences. Not a whole lot of time is spent pondering what will happen if a huge boat runs aground during a fierce sandstorm and blocks the world’s most important trade route.

For almost a week, the Suez Canal was out of action as Egyptian authorities tried desperately to dislodge the Ever Given, a 400-metre container ship that weighs in at 200,000 tonnes. As I write, the ship has finally been freed and the waterway should be cleared once the tide has risen. More than 300 delayed ships, carrying oil and all the goods you could imagine, will then continue to their destinations after a long hold up. It’s expected to take another week for the queue to clear.

You have to feel for the seaman who crew these ships. It has been a tough year for them. The pandemic has accelerated trade in goods as people shifted spending from local services, restaurants, airline tickets and hotels. Yet while all these extra goods have been waved through most ports, the crews have often been refused entry on quarantine grounds. For most of the pandemic, this made it nigh on impossible for many crew changes to happen, or for those crews who did make it ashore to fly home. Being stuck under house arrest for a year is bad enough, but imagine if you were stuck on a boat. The problem is yet to be fully fixed.

The backlog and disruption caused by the Ever Given debacle could ricochet around the world’s ports as forecast loading/unloading windows have been missed. Even before this unexpected bottleneck, ports all around the world were reporting spikes in activity and large wait times for incoming vessels. In some US, UK, European and Australian ports, it was running at about a week. In New Zealand, it’s twice that, leading shipping companies to reduce service to the nation.

These delays and cancelled deliveries can create significant supply and demand imbalances that cascade through society. It may mean fewer new barbecues for Brits this year, more expensive cars for Kiwis or a shortage of TVs for Americans. It may mean fewer jobs because goods aren’t there to be sold.

In the UK, we’ve already noticed some goods taking much longer to arrive post-Brexit, and that others are more expensive. Total imports slumped by a fifth to £43 billion in January, a level not seen since 2011 (excepting an even bigger slump in the early 2020 lockdown). The Suez Canal blockage is a good – and vanishingly rare – overt example of how trade constraints affect us. But as dramatic as the stranded ship seemed, it’s the policies, deals and processes that have by far the greater impact on day-to-day trade. And ensuring those boring bureaucratic bits are smooth and nimble enough to be able to deal with the unexpected is extremely important. If they are creaking before an emergency, that should be a warning sign.

"America is the undisputed leader of the major Western economies. Unemployment is falling, confidence is rising and home values are soaring.​"

As temperatures rise and vaccination programmes roll on, economic data have been improving.

America is the undisputed leader of the major Western economies. Unemployment is falling, confidence is rising and home values are soaring. The huge stimulus coupled with states reopening is expected to touch off a huge spending extravaganza of piles of savings amassed during the lockdowns.

Europe is definitely the laggard. Mired in a botched vaccine rollout with rising case numbers, it seems only a matter of time before it officially falls victim to a third wave and has to tighten restrictions yet again.

The UK is somewhere in between, thankfully closer to the American end of the spectrum. Our vaccination programme is humming along nicely and we’re cautiously starting to unlock ourselves, but our slow and steady approach means we won’t be near the American experience for at least a few months yet. The government’s extension to support schemes has kept a lid on unemployment and buoyed spending. Added to that, many UK businesses have proved adept at operating in lockdown, helping the nation post better economic data than expected. Business PMI surveys (a mixture of confidence measures, hiring intentions and upcoming orders) have been strong and economic output has held up better than expected as well, which has flowed through to rosier public finances.

Hopefully, if our vaccination programme continues apace and nice weather comes our way for the great staycation of 2021, spring and summer could deliver the cheer we’re all needing. If British businesses’ flexible operations combine well with amenable weather, it should allow us all to safely enjoy a bit of (al fresco) normality. That would inject some much-needed cash into our cafes, restaurants and market retailers after a long, cold winter.