Home › Knowledge and Insight › Review of the week: A Christmas like no other

Review of the week: A Christmas like no other

While we were all cooped up inside, everything was happening out there. Breakthroughs on Brexit and COVID-19 collided with political strife and big moves in bond yields. 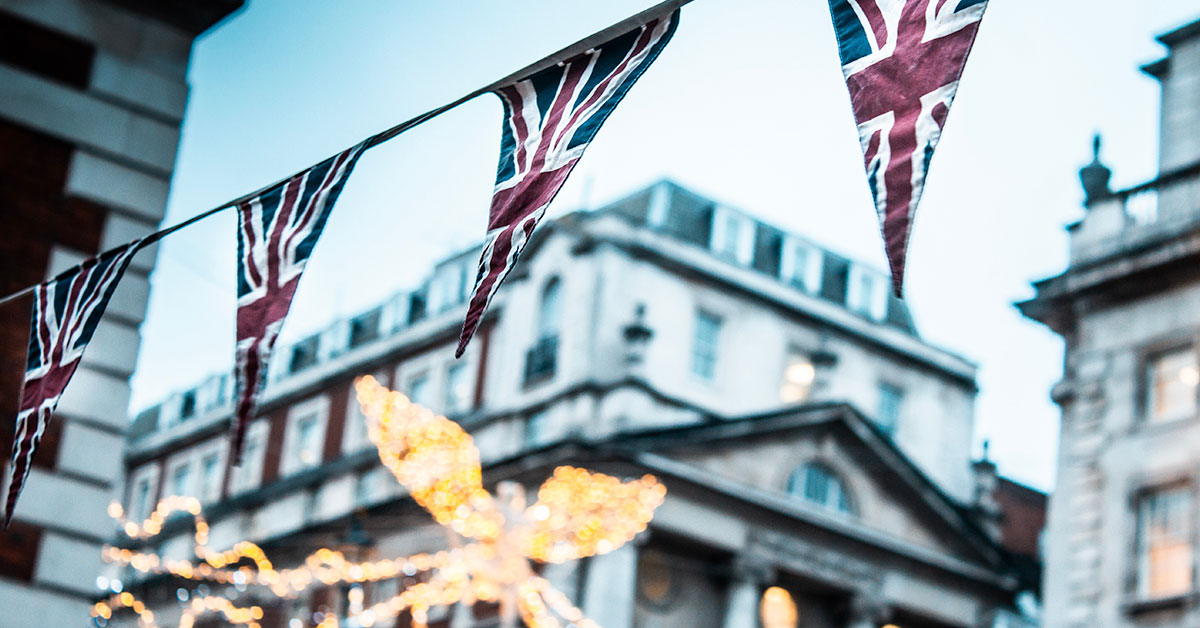 For a lockdown Christmas, it has certainly been busier than you would expect.

A Brexit trade deal was done, and the US finally managed to pass another support package. The Democrats took control of the Senate after winning two run-off races in Georgia, then a mob took control of Congress. COVID-19 vaccinations began in earnest across the world and then the virus mixed it up, mutating into two particularly worrying variants.

"It seems a little like two steps forward, one step back in lots of areas."

It seems a little like two steps forward, one step back in lots of areas. The pandemic has flared up hugely right when we’re at the cusp of being able to inoculate ourselves against it. The US changed tack to a more centrist government, yet was immediately and embarrassingly beset by radicals. And all around the world businesses that only just managed to get on their feet have been bundled back into lockdowns.

Yet stock markets did well last week – they’ve been doing very well for some time now. Over the festive period, despite generally poor news on global growth and on the battle against the pandemic, stocks continued to climb higher. It seems that the worse things get, the better markets do. This seeming disconnect has prompted incredulity and unease countless times in the past, going back probably since investing began. This time is no different.

The simple answer for this incongruity is that where most people are poring over the news of today, investors are forced to peer into the future. They invest based on what may happen tomorrow, not on what has occurred today. This makes investors, in the main, more optimistic than your average person. Sometimes investors are reluctant about this effect, but it is a prerequisite for the job. Because if you don’t believe things will ever get better, there’s no point investing in anything other than bullets and ingots.

But that optimism can get investors into trouble. Especially when you get lots of them together, all in on something that sounds like a sure thing, when that excitement bounces from each to the other, intensifying each time until it reaches a crescendo that, in hindsight, always looked crazy. But at the time …

"The Fed has made clear that it will focus primarily on creating full employment in the years ahead, and that it prefers inflation to run higher than the 2% it has aimed for in the past."

Today, the American stock market is forging all-time highs. Other major markets have had good runs but remain significantly below their record closes. US equities will have been boosted by the steady decline in the value of the dollar over the fourth quarter of 2020. They are also backed by a central bank that has promised to keep its Fed Funds rate at 0.25% until 2023. The US Federal Reserve (Fed) has also recently shifted its priorities. The Fed’s mandate, as prescribed by Congress, is to aim for price stability and full employment. But that leaves a lot in the Fed’s court. What should it consider to be full employment? And when the the pursuit of employment and the curtailment of inflation clash, which prevails?

The Fed has made clear that it will focus primarily on creating full employment in the years ahead, and that it prefers inflation to run higher than the 2% it has aimed for in the past. This sounds arcane, but its effect is huge. As long as prices are “stable” – as long as inflation doesn’t get completely out of control – inflation is now a secondary consideration. This is good for business. Because those easy conditions to create employment are, by definition, good for businesses – they are the employers!

Companies that are more dependent on improving economic conditions for boosting their profits did particularly well last week. Most noticeably banks.

Lenders are in the business of borrowing money from depositors and lending it out to households and companies in the form of credit cards, loans and mortgages. They make money on the difference between the rate of interest they pay depositors and the rate they charge on loans they give out. Banks are very complicated businesses, but generally they tend to lend out money for longer time periods than they borrow. As a stylised example, think of your own affairs. You can drain your cash accounts at a moment’s notice, yet the term of your mortgage is likely many years long. This is a bank’s business writ small. It borrows at short-term rates and lends at long-term ones. This means it makes more money when the spread between the two is larger.

"Banks’ prospects and profits are strongly intertwined with what’s going on with the economy and how that flows through to interest rates."

Banks’ prospects and profits are strongly intertwined with what’s going on with the economy and how that flows through to interest rates. When GDP growth is expected to be higher in the future, longer-term interest rates – typically measured by bond yields – usually rise faster than those for shorter-term liabilities. Ergo, banks become more profitable. This is why banks are the quintessential ‘cyclical’ type of company. With American stimulus finally in the pipe, and as the Democrats took control of Congress, offering the potential for yet more support within the first quarter, the US 10-year treasury bond yield shot higher, breaking 1.0% for the first time since March. Meanwhile, the very short-term Fed Funds rate is anchored at 0.25%.

Miners and other resources companies, like cement manufacturers and copper producers, are also model value business. Greater economic activity typically requires money and raw materials, so when investors sniff future improvement, the stocks that provide those components get bought up first.

We’re not 100% convinced that the level of current optimism is warranted, however. We believe we’re on the up-slope of recovery (or close to it), but we think it will be more protracted than some market prices imply. And given the task ahead of us, it seems prudent to assume a few setbacks too. Again, some parts of the market seem to be pricing the recovery very keenly indeed, with little room for error.

As stocks go, the type we tend to gravitate towards are quality businesses that are less reliant on the wider economy for boom or bust. We prefer to buy stocks that appear most likely to dominate their markets through scale, expertise and good business strategy. In short, businesses that are more in control of their destiny. Most truly ‘deep-value’ companies cannot say that. They are tied to the mast of economic fortunes, to the price of their products which is set by market forces alone.

"The world is changing and investors must change with it"

That’s not to say that we don’t want to own some businesses that benefit from economic recovery, we do. That’s part of a well-balanced portfolio. But we are always mindful that we are buying companies for years, not months, so we have to be certain they will survive and prosper over that time frame.

There are other, more overarching reasons as well. The world is changing and investors must change with it. If you think about the most profitable – the most successful – companies of today, they increasingly have little need of capital investment and physical materials. Compared with the past, at least. Most of the profitable growth is in intellectual property, ideas and software, not in tonnes of copper or hoppers of cement.

If you would like to read more about these issues, check out our latest InvestmentInsights, which goes into much greater detail on these topics and more.