Home › Knowledge and Insight › Review of the week: Cheques and balances

Review of the week: Cheques and balances

The average American family has received $11,400 of government cheques since the pandemic began. That’s a big windfall for people and a difficult economic puzzle for the US Federal Reserve to decipher. 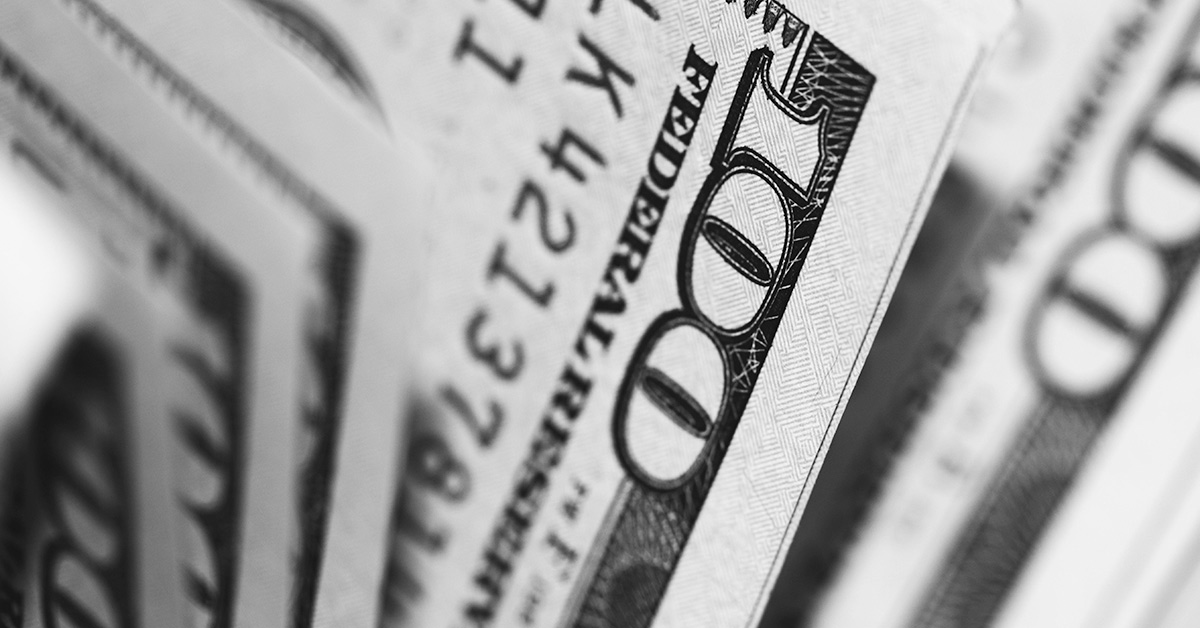 Another week another wobble in the US bond market. The $1.9 trillion US stimulus package was approved and the 10-year US Treasury yield broke 1.63%, its highest point since February last year.

The US Federal Reserve (Fed) meets this week to discuss monetary policy; however, it has already hinted that it is reluctant to buy yet more government bonds to press down yields and benchmark borrowing costs. The European Central Bank (ECB) has no such hesitancy, flagging that it will accelerate its bond purchases to offset the recent rise in European yields. The ECB is no doubt nervous about the headwind of higher borrowing costs combining with a botched vaccination roll-out to hamper prospects for Continental growth.

America is in a very different position. As most states have relaxed lockdowns and continue vaccinating their citizens apace, attention has turned to just how powerful the rebound in economic growth could be. Higher interest rates hurt many ‘growth’ companies’ share prices because they reduce today’s value of profits they are expected to return far in the future. But interest rates are being pushed higher because of greater forecast economic growth and accompanying inflation. That’s not exactly a bad message. Remember, an average American family of four will have been sent $11,400 in government cheques over the course of the pandemic, despite the fact that most of them are flush.

The Fed is in a delicate position because it doesn’t want rates to rise swiftly to a level that dampens optimism and boosts lending costs. Yet it has to be careful about adding fuel to what may already be an economy that is running hot. By keeping rates low and lending easy, it is likely to increase the amount of money that’s free to circulate, encouraging more spending and pushing inflation higher.

At the moment, the only inflation of note is in financial assets and the housing market. A recent household survey by the US Census Bureau found about 15% of families who will receive a stimulus cheque plan to drop at least some of it in the stock market. That makes sense, because there are a lot of families who have saved a lot throughout the pandemic. And they tend to be the better off, too: a Deutsche Bank survey of its online investors found that the average punter planned to drop almost 40% of the $1,400 due under the latest stimulus act into the stock market.

The Ring of Fire

We spend a lot of time focusing on the West, particularly the US, because these are the countries where the lion’s share of your assets is typically invested.

The world’s obsession with America’s fortunes, policies and central bank movements is simply because it is the dominant nation and economy. Its position makes the dollar the de facto world standard – the reserve currency of choice. And that means what happens across the Atlantic has serious consequences for virtually all other countries. It used to be us once. Britain dominated the global economy for centuries, the pound sterling was the world’s standard, our rules became everyone else’s rules. Yet all things must pass, as George Harrison said. And so, one day, the US will be knocked off its perch by another nation. Everyone’s first guess is that will be China.

China is big, populous, dynamic and growing fast. It has even had one of those rites of passage for any modern economy: a consumption bubble driven by the liberalisation of credit. Over the past decade consumption as a share of GDP has grown from about 35% to almost 40%. In 2019 especially, younger Chinese took on large, short-term debts to spend big on all sorts of gadgets, consumer goods and nights out. This helped buoy Chinese GDP growth, but it turned into an anchor when COVID hit. We’ve all been there; the UK had a similar moment in the late ’80s.

China is now cracking down on easy credit – note the swift cancellation of large lender Ant Financial’s IPO and the resignation of its CEO for “personal reasons”. Chinese consumers have also been quick to rue the mistakes of taking on too much debt, and are reportedly paying it down. This could mean slower sales for companies in a very important global market. But it should make for a more resilient market as well.

China is also well-positioned considering the technological changes that are developing. After more than two centuries powered by carbon (coal and then crude oil), the world is shifting to cleaner energy and becoming ever more digital. Both trends rely on rare earth metals, a bunch of highly conductive, shiny elements that are found in virtually everything electronic made today. China is the world’s largest supplier of these important metals. In the 2000s, it had a virtual monopoly on the market. Today, new deposits have been found in Russia, India, South Africa and the United States, yet China remains top dog.

With the help of liberal investment, over the past decade China has made diplomatic inroads in important regions like the Pacific, Africa and South America as the US was focused on the Middle East and itself. China will have a large influence on future global affairs – even more than it already has. One day, its currency could become a reserve currency, especially for immediate neighbours who are already tightly bound into Chinese companies’ supply chains. Its bonds could become akin to US Treasuries – a ‘safe-haven’ asset for global investors.

Most of the world is already highly reliant on imports from China or nations in its orbit to keep consumer goods abundant and affordable. The fortunes of China already affect our lives.  President Joe Biden understands this perhaps a little more than his predecessor. This week will be the first meeting of high-level US and Chinese officials during Mr Biden’s administration. The delegations are to meet in chilly Alaska to discuss hot topics like the pandemic, climate change, Hong Kong and trade.

While Mr Biden has allowed a ceasefire on the trade war, we believe he is unlikely to hatch into a China dove. Mr Biden appears to have a greater understanding of how tariffs feed through to consumers at home, rather than them punishing Chinese exporters. Yet Mr Biden hasn’t reduced general tariff levels. As Barack Obama’s Vice-President, Mr Biden was part of a concerted push to challenge China’s dominance in the Pacific. It seems likely that he will renew this path in his own administration. This could lead to some difficult situations and worrisome standoffs. Trade may become a battlefield once again.

Much of 20th century geopolitics revolved around the oil-rich Middle East, the 21st century seems likely to focus on the Pacific.