Home › Knowledge and Insight › Review of the week: Bank on a tough year

Review of the week: Bank on a tough year

The Bank of England seems poised to raise interest rates aggressively to combat inflation, yet its explanations don’t square with its own forecasts and analysis. Expect fewer hikes than the market currently implies. 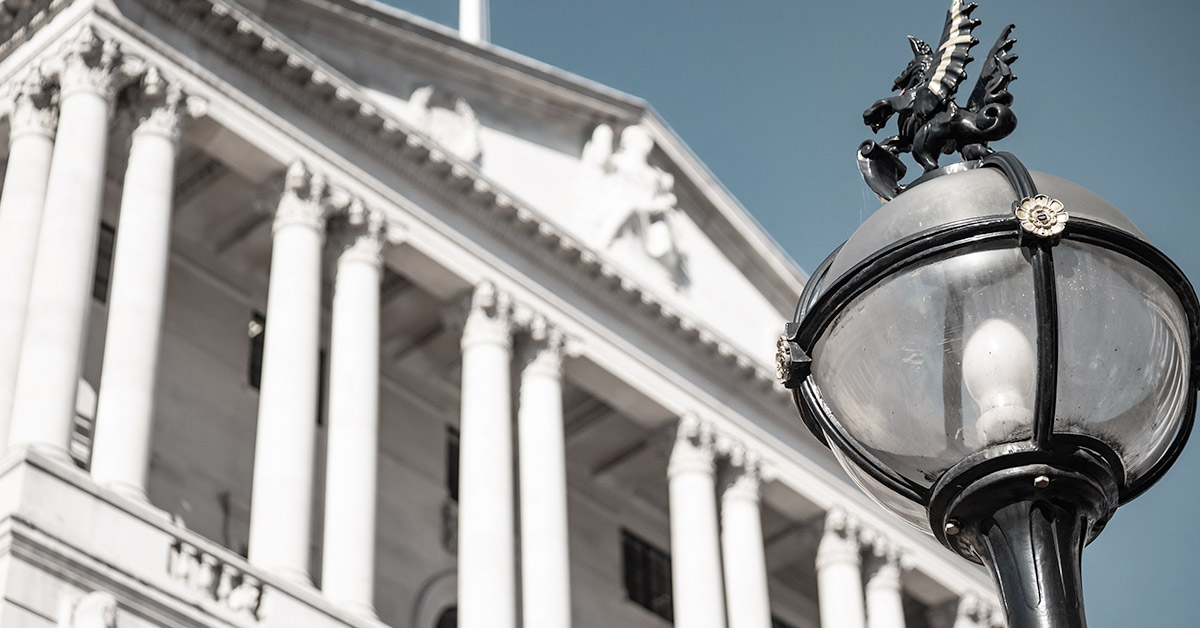 An ill wind blows down Threadneedle Street. The Bank of England has managed to confuse investors, irritate the government and rile up workers all at the same time. Quite an achievement.

Central banking is a difficult job that is equal parts science, divination and mass psychology. Central bankers aren’t all-powerful – like King Canute, they cannot hold back the tide – yet for all its arcane nature and indirect effects, monetary policy is extremely powerful in shaping economies and societies. It can encourage us to save or spend, make it easier or harder to start a business or borrow money, and thereby determine whether the economy is more likely to boom or dive into recession.

Last week the Bank of England (BoE) set out a path that looks worryingly close to the economic cliff. The monetary policy committee raised interest rates by 25 basis points to 0.50% on Thursday and agreed to stop reinvesting coupons and maturing principal from its pile of government and corporate bonds, all of which was fully anticipated. However, the four dissenting voices voting for a 0.50% increase at the meeting caught investors off-guard. The BoE was just one vote shy of accelerating the pace of tightening dramatically. In response, the prices of locking in future interest rates shifted to imply that the BoE’s benchmark rate will be 1.50% by December. The yield of 10-year UK government bonds jumped 11bps over the week to 1.42%.

The BoE’s accompanying statement contained some highly unusual remarks which, perhaps unwittingly, suggests it is risking a monetary policy mistake. The committee expects GDP growth to slow to “subdued rates” due to high prices hurting households’ real spending power. The combined effect of rate hikes and higher inflation is expected to shave 2% off Brits’ disposable income this year and another 0.5% in 2023. That would be the biggest squeeze on spending since 1990. If rates rise to 1.50% by mid-2023 – six months later than the market now expects – the BoE has forecast unemployment to rise and the economy’s supply to outrun demand. Unlike the US central bank, the BoE doesn’t have an unemployment mandate, so the path of, essentially, engineering job losses to cool inflation is possible. But this seems a perverse way to achieve monetary and financial stability.

The committee assumes that wholesale energy costs won’t fade after six months, contradicting commodity future prices which are significantly cheaper for delivery dates farther into 2022 than for earlier in the year. If spot energy prices do follow the path suggested by the futures market, the BoE’s own model suggests that inflation would fall to just 1.25% in two to three years’ time, a massive undershoot of its 2% target. And that forecast assumes the BoE’s interest rate rising to 1.50% by mid-2023, a good six months later than what investors now expect.

Hiking quickly into that scenario would be quite a severe mistake. With American shale supply coming back on stream and OPEC beginning to expand the supply of crude oil, it seems likely energy prices will fade as the year progresses. OPEC and Russia have agreed to increase production quotas by 400,000 barrels per day. While members have struggled or been unwilling to hit these increased targets recently, the elevated oil price should encourage them to ramp up production in the coming months. Bar a protracted period of disruption in Eastern Europe, market forces should bring energy markets back to equilibrium.

It is very odd that the Bank didn't push back harder on market expectations for the path of interest rates, which we think are too aggressive. Bailey did this a little in last week’s press conference, but there was nothing in the summary statement. He also urged workers not to ask for pay rises during a period of rapidly rising prices. Not exactly a smooth political message, and one that led to a rebuke from No.10 Downing Street.

Long-term UK inflation expectations have stopped rising, wage growth has fallen back to more normal levels, labour supply shortages are moderating, and the latest survey of manufacturers shows input price pressures are abating. The shift of consumer spending from goods to services is resuming after the interruption of the Omicron wave, and there are signs that global supply chains are unclogging as well. Meanwhile, the UK will experience an unprecedented fiscal tightening this year, which will reduce the aggregate demand of our economy.

With all this in mind, we think the risks around current interest rate expectations are skewed to fewer rather than more rate hikes than the market is currently pricing for. But we won’t truly know the pace of deceleration in inflation until the third quarter, at which point the Bank Rate is already likely to have hit 1.00%, given what the BoE has communicated. Possibly even higher. The UK economy already faced a tough year. After last week, it looks likely to be even harder.

The European Central Bank (ECB) has also signalled it will be more aggressive at taming inflation.

At last week’s meeting it kept interest rates where they were, but announced that a 0.25% rate hike in 2022 was no longer “highly unlikely”. Inflation in the Euro Area is running at 5.1%, the highest level since at least the early 1990s and is expected to go higher still. The ECB has also committed to reducing the government and corporate bonds that it has amassed through its quantitative easing programme, albeit the timeline remains an open question. The ECB owns roughly a fifth of all investment grade corporate bonds issued by non-financial businesses in Europe. Markets have responded noticeably to this change in tack. This week the global volume of negative-yielding debt, much of which is issued in Europe – collapsed. From a peak of $18 trillion in 2021 there is now just $6 trillion.

Markets for stocks and bonds have had a volatile 2022 so far, yet company earnings have been a rock. As we approach the middle of the fourth-quarter earnings season, earnings look generally better than expected. While some prominent companies have disappointed, overall results have still been good enough to drive analysts to upgrade their forecasts for 2022 profits.

Europe is doing notably better than the US, with earnings per share (EPS) growth tracking at 58% year on year (almost 20% above consensus). The US is no tragedy either, with EPS increasing 30%, a very respectable 5% better than analysts had expected. Sales are rising 26% in Europe and 17% in the US. Company managers were more concerned about cost inflation than they were in Q3, but resilient demand is offsetting the pressure on margins for now. If businesses continue to perform well, it should help buoy markets in the rough seas of monetary policy.