Home › Knowledge and Insight › Review of the week: The balancing act is back

Review of the week: The balancing act is back

Central bankers have spent years focussing their efforts on fighting deflation. Now that long-dormant inflation is back, they have to stop it from bedding in while avoiding sending the economy into recession. 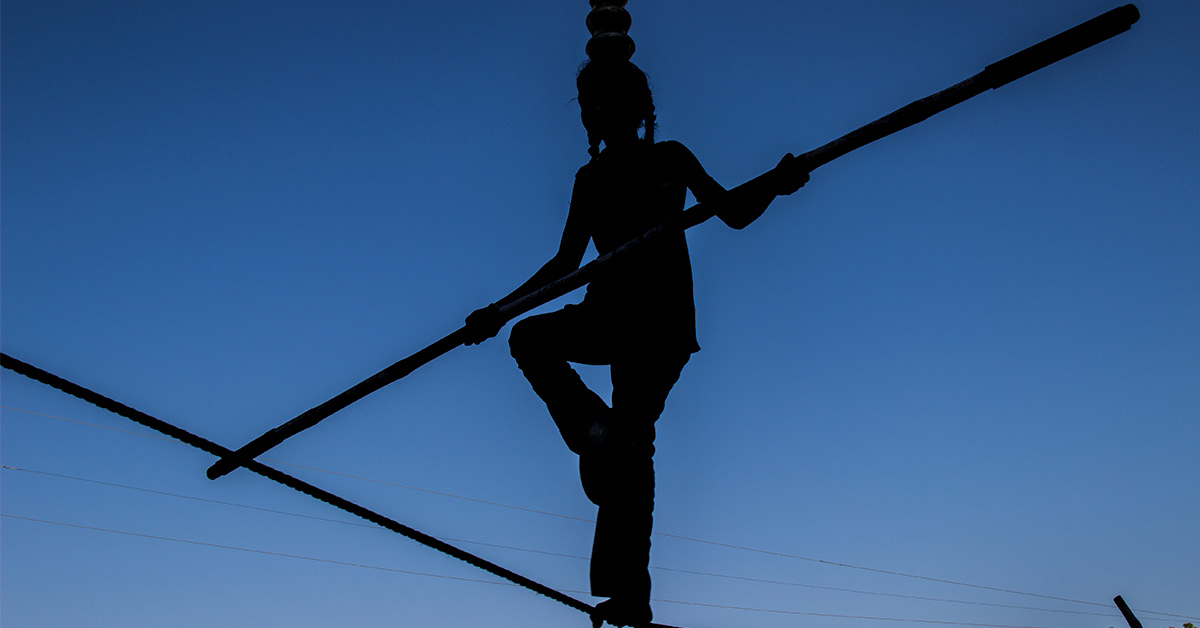 For years, the value of stocks and bond markets have generally increased. As prevailing interest rates dropped lower and lower, the value of financial assets ratchetted higher and higher. More money was needed to get the same cash return from bank accounts, bonds and loans. And when these safer options became less attractive, investors readjusted their appetites for risk and some bought stocks instead. And houses. And then cryptocurrencies.

Extremely low borrowing costs meant people could borrow more to buy financial (and digital and real) assets, which sent prices in some markets surging. The values of some very speculative stocks and assets – cryptocurrencies and businesses burning through lots of cash – went stratospheric. What goes up, must come down. As central banks moved to stamp out inflation, prevailing interest rates for loans, mortgages and bonds have increased quickly. This has led to a major re-pricing of assets, with those speculative, loss-making companies getting hit very hard. Crypto assets have also fallen markedly. Stock markets have dropped as well, but we feel these falls are perhaps a bit too hasty. Certainly, a fair correction is reasonable following big gains over the past two years: Between the first day of 2020 and the last of 2021, the benchmark US stock market index rose almost 50% and tech stocks flew more than 70%. The long-term average annual return, going back to the 1950s, is more like 10% to 11%. Yet companies are, generally, in good financial shape and profits are still increasing.

But investing does expose you to volatility, and it’s not a nice feeling to see the value of your hard-earned nest egg fluctuating significantly from one day to the next. We would all rather see our investments smoothly rise by 10% a year each year, rather than double, halve, then rise again. But then, if returns are too consistent you’re probably in a ponzi scheme. Anything that’s too good to be true typically is.

Central banks are fighting inflation once more, having thought it had been vanquished long ago. They spent more than a decade trying to prevent falling prices (deflation) by keeping interest rates ultra-low and creating money to buy up unfathomable amounts of bonds. This hadn’t affected inflation at all, so when prices started to climb in the wake of the pandemic, central bankers – and investors, for that matter – were perhaps more relaxed than they should have been. Now central bankers are having to make hard decisions again. They must ensure that inflation doesn’t get embedded in the public’s mind – that people don’t come to expect it, otherwise inflation expectations become self-fulfilling. But central bankers also don’t want to create a recession by squeezing households and businesses too much. The balancing act is back.

It’s a difficult time for central bankers and investors. Yet we believe the chance of global recession – while not insignificant – is overstated by market prices for stocks and bonds. Essentially, we feel that with so much bad news now factored into asset prices, there are compelling opportunities for those who can stay invested for five to 10 years.

There are two main risks that could knock the world into a global recession this year. The first we have mentioned a few times before: if the supply of gas between Russia and Europe is cut, it would likely send Continental growth into reverse. Recession for such a large region would have flow-on consequences for many other nations that trade with Europe, slowing growth all over the world.

The second risk has been quietly building in the background. As the West puts COVID-19 behind it (albeit as the virus itself lingers), China is sticking to its zero-tolerance policy. It has locked down several cities for months, shuttering many important production sites for the global supply chain and dramatically reducing economic activity.

Chinese industrial production fell 2.9% in April compared with a year earlier; it had been forecast to rise 0.4%. Passenger car production tumbled 44%, cement manufacture fell 19% and computer completions were down 17%. Retail sales dropped 11.1% on a year ago, versus expectations of -6.1%. Real estate has also turned negative amid major declines in commercial housing sales and the number of new projects breaking ground. Evidence from export prices and port throughput suggests Chinese lockdowns have had a greater impact on domestic activity than on the ability to meet foreign demand, but there are risks that this could change.

This is grim stuff, but lest we forget this is what lockdowns look like. Once China reopens it will likely be accompanied by government stimulus and support for businesses and households to get back up and running. The question is, how long will it take? Shanghai is expected to resume normal life from 1 June. At the moment there are just 1,000 reported cases in the city of 26 million. It is extremely hard to contain the latest strains of COVID, so the chance of another wave in the future must be significant. The zero-tolerance policy remains a serious risk to the Chinese economy and the world.

Investor sentiment is as low as it has ever been. In fact, one measure of investor confidence is plumbing lows that have never been seen outside the heart of a deep recession. Markets have been rocky and risks abound, but it seems a little early for this level of depression. Households and businesses have amassed large amounts of cash during the pandemic. Employment is strong and still rising. Company earnings and profits margins are high and healthy. We may be at peak sadness. For people to snap out of this funk, though, there will need to be a jolt of good news. Something that breaks through the gloom and reminds people that it’s not all bad. We’re waiting patiently.