Home › Knowledge and Insight › Review of the week: America rising

Review of the week: America rising

The US is about to turn on the spending taps once again to combat the effects of the pandemic. This time it coincides with the reopening, so expectations for GDP growth are soaring – taking yields with them. 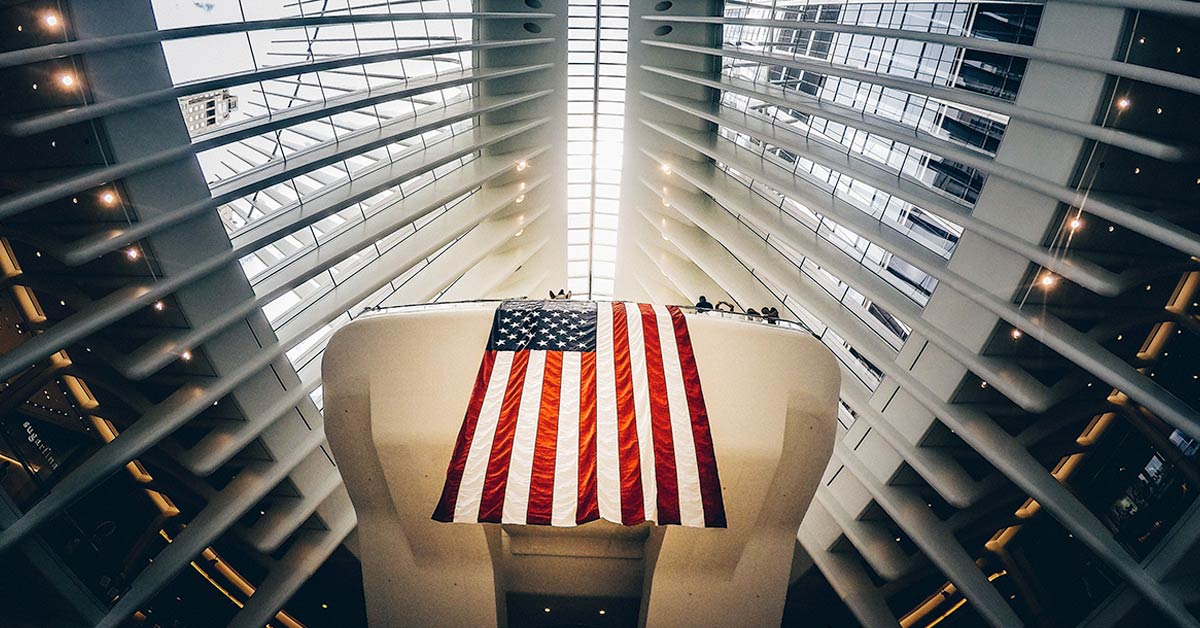 Estimates of American GDP growth are marching higher after stronger-than-expected jobs data and Senate approval of $1.9 trillion of stimulus.

The US added about 379,000 jobs in February, almost 200,000 more than expected. This pushed the unemployment rate down from to 6.2% from 6.3%. The Senate has broadly agreed with President Joe Biden’s large COVID-19 support package, sending the slightly amended bill back to the House of Representatives to be approved this week. The vote in the upper chamber was along party lines, with 51 Democrats voting in favour and 49 Republicans against. Typically, you need 60 votes to pass a bill in the Senate; however, the Democrats used a ‘reconciliation’ process, which means legislation can be passed with only a simple majority. This process can only be used sparingly and it comes with many strings.

To get approval from conservative Democrats, federal unemployment benefit boosters were cut by 25%, an increase to the federal minimum wage was dropped, and the $1,400 stimulus cheques will be phased out more quickly for people earning more than $75,000. There were countless other bits of tinkering. Republicans say the largesse is too much and unnecessary given the US is starting to recover. Indeed, GDP forecasts have been increasing recently, although a good portion of those gains will no doubt be down to the very fact that a large slug of stimulus is expected. US GDP growth forecasts are for an expansion of between 5% and 10% in 2021 as household spending is given a shot in the arm from re-opening, government cash and mountains of accumulated savings. US Federal Reserve Chair Jay Powell told the Senate Banking Committee he expects growth of roughly 6%.

So the stimulus bill is winging its way back to the House of Representatives where it is expected to be passed swiftly. Then it should be with President Biden before the end of the week to be signed into law. This isn’t the only government stimulus that investors are expecting either: eyes are already starting to scan the horizon for the promised US green infrastructure bill.

This all flows through to government bond yields because they are heavily affected by expectations for GDP growth, inflation and the amount of debt out there. We talked last week about the rapid rise in bond yields and how that has impacted stock markets. This phenomenon has continued, with the US 10-year bond yield breaking through 1.60% on the news of strong jobs growth and imminent stimulus. As yields rise, it tends to hurt ‘growth’ companies – those which tend not to pay dividends and instead reinvest in their business to boost their long-term value. Meanwhile, higher interest rates – and the higher growth rates that are driving higher rates – tend to be good news for those companies that pay out cash in the shorter-term, banks that tend to become more profitable as yields rise, and businesses that are set to reopen and benefit from a flood of pent-up demand. Because of the runaway outperformance of growth companies since the global financial crisis, they tend to make up the largest proportion of most indices, so when rates rise headline equity indices have been struggling lately. However, that is hiding some very large upward moves from ‘cyclical’ companies within those indices.

UK Chancellor Rishi Sunak outlined a swathe of stimulus in the Budget last week. Due to the longer exit timeline, the government was forced to extend its support for affected industries, at least until the autumn. That much-needed spending foreshadows plans for the largest hike in taxes for decades. Tax and spending decisions together will tally almost £60 billion in the 2021-22 fiscal year. However, he has scheduled the largest tax rise announced at any budget since 1993 to coincide with the moment that the economy should be just about to get back on track.

Over the coming years, UK taxes as a proportion of GDP will shoot to 35%, the highest level since 1969. The single biggest measure is the proposed increase of corporation tax to 25% in 2023, with carve-outs for smaller businesses. However, accountants and budget geeks will have circled 23 March on their calendars. The government quietly announced that it would be holding a “tax day” and asking for consultation on a 10-year tax policy agenda that is set to cover everything from capital gains tax and levies on the environment to digitising tax administration.

By international comparison, the UK government rolled out an extremely generous support programme in 2020. But it needed to: the UK had the second-worst economic fallout from COVID-19 among the 42 developed and emerging countries that we monitor.  It has also suffered the second-worst health outcome to date, as measured by per capita deaths from the virus (second to Belgium). The UK has a larger consumer services sector than most other countries, so it was more sensitive to lockdown measures as well. Meanwhile, key sectors were already ailing before the pandemic, while our private sector was more indebted than many countries’ too, increasing its fragility and limiting its propensity to bounce back.

We have been most worried about ‘scarring’ caused by the pandemic – where people’s propensity to spend is permanently lowered because of the effect of losing their job and a good portion of confidence. Most of the £60bn of Mr Sunak’s Budget measures are aimed at supporting people in this position and therefore, hopefully, minimising this scarring. This is very welcome. Another bonus: better-than-expected economic performance in the final quarter of the year boosted tax receipts and meant the treasury had to borrow £40bn less than forecast. The flexibility shown by British businesses has had a tangible effect on GDP, reducing the slumps and helping improve the nation’s financial position.

We can only hope that this will be the final lockdown that businesses and households will have to endure. The UK’s vaccination programme continues to steam along, with about 21 million UK adults having received at least one jab, we are approaching the halfway mark for all British adults. As children and students across England and Wales head back to school this week, many parents will be letting out a sigh of relief. Meanwhile, we’re all holding our breath to see whether that will coincide with another ramp up in cases or whether we really are approaching the end of the tunnel.