Home › Knowledge and Insight › Review of the week: All eyes on the US

Review of the week: All eyes on the US

The eyes of the world’s markets are firmly on the US as it gears up for a critical week of economic data releases and corporate earnings announcements. 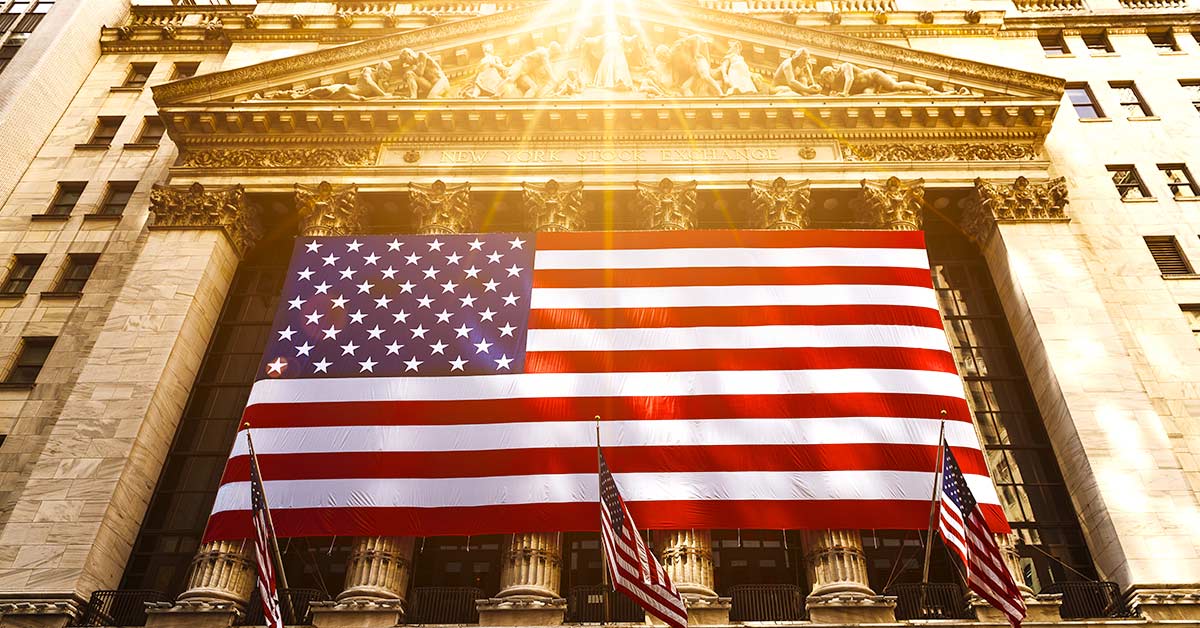 The fevered temperature in financial markets eased a bit last week with most equity markets notching up decent gains. But American markets had slid lower by late Friday following weak surveys of US and eurozone business activity as well disappointing earnings reports from a couple of social media companies. Investor sentiment continues to sway between fears of a downturn that will dent company profits and hopes that weaker demand will cool red-hot inflation and persuade big central banks towards less restrictive monetary policy.

Last week, markets were focused on UK and European data points and policy announcements. This week, the eyes of the world’s markets are firmly on the US. Investors will be expecting the US Federal Reserve (Fed) to implement another extra-large interest rate rise on Wednesday followed by the initial estimate of US second-quarter GDP on Thursday. Markets expect a second successive 75 basis point hike (three-quarters of a percentage point) from the Fed, but will be watching closely for any signs of what the Fed plans for September. If the initial GDP estimate reveals another quarterly contraction, we suggest you ignore the soon-to-follow contrivances about a “technical recession” in the US. For an economic downturn to be considered a recession by the NBER Business Cycle Dating Committee, it needs to be broad-based and reflected in employment and household consumption data (both of which have remained firm over the first half of the year and show little sign of contracting). Outsized moves in small subsets of the economy – especially volatile adjustments to inventories or in government spending –.should not be over-extrapolated from.

In addition to these important macroeconomic data releases, a raft of huge US tech companies, including Microsoft, Apple, Google parent Alphabet and Meta Platforms (Facebook), report their second-quarter earnings this week. In all, a third of S&P 500 companies will be reporting. So far (and despite Friday’s disappointments), corporate earnings season has proved reasonably positive. More good news – particularly in terms of the guidance these big companies provide on their future prospects – could help markets find a firmer footing. But, of course, any high-profile setbacks will only further fuel investor unease.

We’re braced for a potentially bumpy week ahead. Indeed, we think volatile markets and noisy data will continue over the summer and well into the autumn. The world is continuing to adjust to some big changes to global supply chains, energy complexes and work patterns and practices. It also dealing with some extreme weather too.

Abstract warnings about the climate emergency have certainly been feeling all too real as scorching temperatures continue to hit mainland Europe and millions of American suffer under record-breaking heatwaves. The prospect of more extreme weather suggests that countries around the world will need to adapt to the effects of climate change if they want to build resilience and prevent critical infrastructure from failing when temperatures leap. Last week’s extreme heatwave in the UK caused travel chaos. It forced the suspension of rail services as train tracks overheated and flights at London’s Luton airport as the heat caused part of its runway to lift up. As heatwaves become more frequent and more intense, many countries will require massive retrofits of their infrastructures and buildings to make them more weather-resilient.

Of course, adapting to climate change doesn’t mean giving up on trying to cut emissions. When we think of fighting climate change, chances are that the things that come to mind first are probably electric vehicles and renewable energy sources, not the buildings and construction industries. It may not come as a shock that building materials account for a major portion of all resource extraction. But did you know that buildings are the biggest source of carbon emissions, through the energy used to build and power them? The buildings and construction industries clearly have a crucial role to play in tackling climate change, and we need to reimagine that future landscape accordingly.

Investors need to be aware in equal measure of the climate-related risks to companies in the building and construction sectors and some of the compelling opportunities this presents for long-term sustainable returns. We will be addressing this topic in an in-depth research report later this year. In our view, structural long-term investment themes like this are going to be increasingly important as investors worry about the shorter-term outlook for many businesses.