Boris Johnson has won a strong mandate to get on with his Brexit deal, sending sterling shooting higher. But what else will his government do in the next five years? 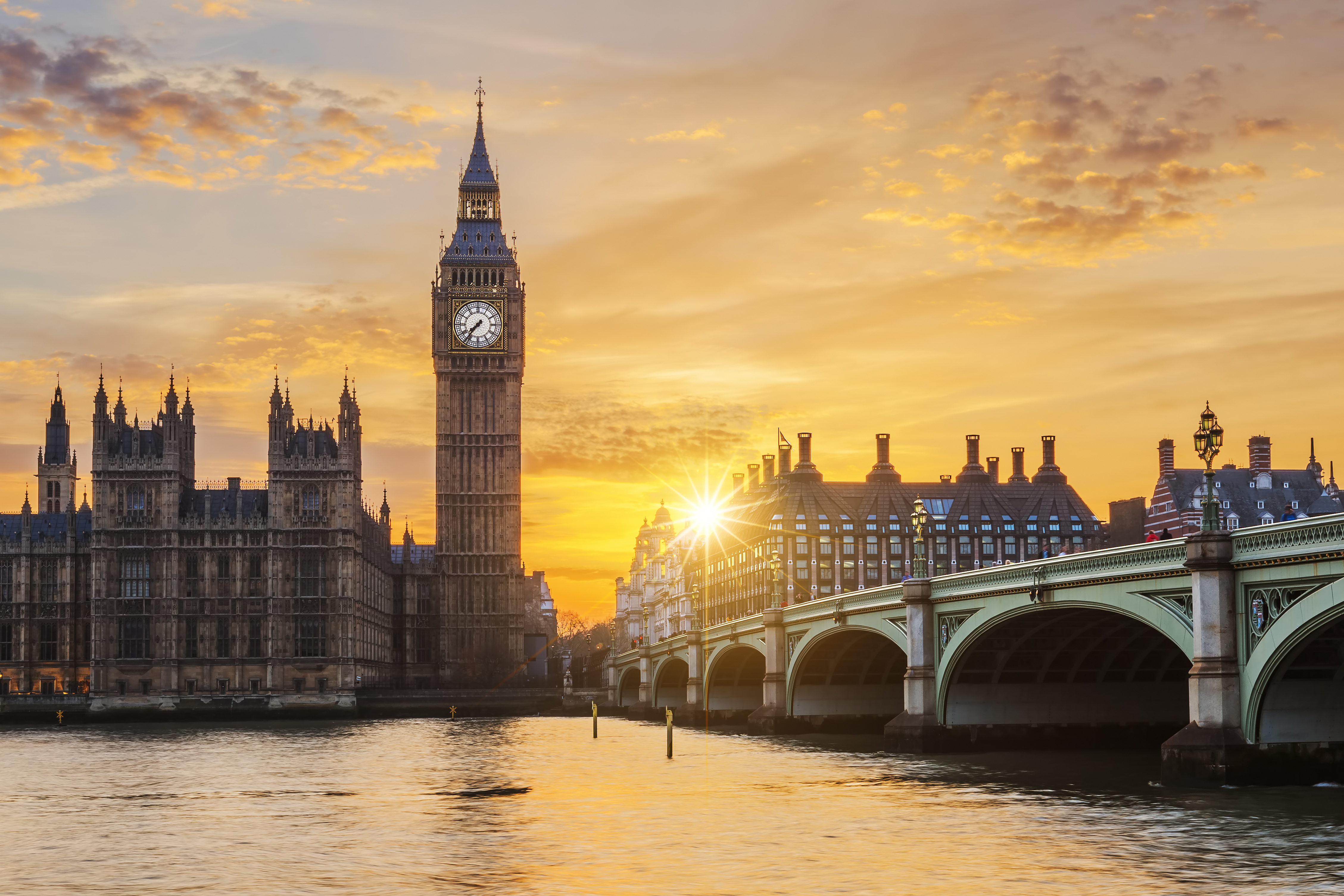 For once the polls were right: the Conservative Party has secured a large majority in the House of Commons. Markets tend to like continuity, especially when the alternative is near unprecedented change. The UK’s future relationship with the EU remains uncertain, but arguably less than if the Conservatives had won with only a small majority.

We do not expect all of the GDP growth lost since the referendum to be recouped, especially as the large fiscal stimulus didn’t make it into the manifesto as promised. Nevertheless, this is a positive development for the UK’s financial markets and we expect international investors to start to return to this unloved corner of the globe.

Were it not for the radically leftward shift of Labour’s manifesto, the Conservatives’ minimum wage policy may have received much more attention. It’s extremely generous. The Conservatives propose increasing it to over £10 by 2024 and extending coverage to 21-year-olds. Expressed as a percentage of the median wage, only France, New Zealand and Portugal have more generous policies out of 20 of the largest advanced economies we’ve compared it to. We’re not concerned about the overall impact on employment or inflation but there are some sectoral implications that investors need to be aware of.

Firms are unlikely to wear all of the cost, but it could probably be managed by some combination of lower profits, lower non-wage benefits and price hikes without resorting to the firing squad – just as we have seen in previous instances.

When he campaigned to become leader, Mr Johnson made promises that, in conjunction with the government’s spending review, suggested that an unusually large peacetime fiscal loosening was on the table regardless of the outcome of the election. But the manifesto had no such ambition. The promise of large tax cuts has not materialised; personal income taxes will be cut by around £3.5 billion, yet the tax bill for the economy as a whole will actually rise to the highest proportion of national income since 1985.

Total public spending will also increase, but only modestly. Excluding the NHS, the Conservatives’ plan still leaves day-to-day spending of government departments 15% lower than it was in 2010, after adjusting for inflation. In other words, things are getting a little less austere, but the age of austerity is not over.

Importantly, the Conservatives have committed to extra infrastructure spending – up to £20 billion a year. Government spending on investment should be thought of differently to day-to-day spending or social transfers. It should raise the productive potential of the economy and therefore increase the future tax revenues that can be used to repay any debt taken out to pay for such projects. Additionally, infrastructure spending can employ more people, possibly increase wages, increase the volume of goods and services bought by the government sector and utilise capital that might have otherwise been invested overseas.

The Conservatives’ attitude to government spending has shifted. Their new fiscal rules suggest that keeping in check day-to-day spending and the cost of government debt is more important than reducing the level of debt. The UK has the second-lowest debt ratio among the G7 economies, by really quite some way compared with France, the US or Japan, and their borrowing costs have remained very low regardless of the extra borrowing. A focus on investment spending should also increase the productive potential of the economy, thereby keeping inflation in check, which is ultimately the only constraint on a sovereign economy’s ability to borrow.

The sizeable risk to public finances under the Conservatives is a ‘no-deal’ Brexit. Its deleterious impact on growth and employment could see the net debt ratio rise higher than it would under an orderly Brexit engineered by a Labour government, according to the IFS.

The Conservative majority makes the passage of Mr Johnson’s Brexit deal a foregone conclusion. As we have said before, it is a skeletal deal with a significant attendant risk of an eventual ‘no deal’. The Conservatives had indicated that they won’t extend the window to negotiate a trade deal beyond 2020. Yet even basic free trade agreements (FTAs) tend to take much longer than that to negotiate. Looking at statistics on the last 20 trade deals signed by the US, 14 took longer than 15 months before an agreement was signed, with an average of four years between the start of negotiations and the actual date of implementation!

Mr Johnson’s large majority means that he no longer needs the support of the ‘hardest’ Brexiter MPs in order to get Brexit done. We noted their absence from his campaign. We believe that this makes an extension to the transition period more likely and increases the possibility of a closer economic relationship.

But uncertainty lingers, and this could continue to deter investment and trade for another year.

A basic FTA would provide clarity but such a scenario is still highly likely to lower the path of UK growth relative to a baseline of staying in the EU. Most independent economic researchers forecast that UK GDP will be between 3% and 6% smaller in seven to 10 years in this scenario.

Our favourite leading indicators of activity are severely depressed. In November, our aggregation of consumer and business confidence fell to a level not seen since the double-dip recession of 2011, although it recovered a little in December. A recession doesn’t appear likely, but there is a distinct lack of growth forecast by the data going into the new year.

We believe a new Conservative government and the passage of Mr Johnson’s Brexit deal improves the outlook for growth and business investment in 2020, even without a meaningful fiscal stimulus. But we do not expect the lost growth and investment since the referendum to be recouped.

Since June 2016, the UK economy has performed as poorly as the Office for Budget Responsibility and the Bank of England each predicted just after the result. Forecasters’ pessimism was widely derided at the time, and indeed the shock in the first 12 months was nowhere near as severe as they had suggested. But the damage to business confidence has played out with much more persistence. Business investment has grown by just 0.4% since June 2016, compared to an average of 11% in the other G7 economies. The UK isn’t the only country to have done worse than predicted since 2016, but its performance still looks weak in an international comparison. We employ an oft-used methodology for comparing the performance of an economy relative to a statistically determined benchmark of its peers (a doppelgänger economy, if you like). This suggests that the Brexit “shock” has left real GDP 2.5-3.5% worse off overall.

The pound hit a 35-year low against the dollar in September, but has since risen to $1.34. It seems easy to attribute this to the government’s unwillingness to press for a ‘no-deal’ Brexit or to the Conservative Party’s polling. But that isn’t nearly the full picture. The pound is a highly ‘cyclical’ currency. A large portion of the increase in the value of the pound can be explained by better investor sentiment as global investors became more confident about the global cycle. In other words, much of it had little to do with UK politics.

We believe the pound could still rally much further from here, especially considering that a large Conservative majority decreases the risk of an eventual no-deal compared to a small Conservative majority. It is up just 1.6% against the dollar since the exit polls. On the other hand, we aren’t convinced that the weight of information suggests a decisive turning point in the global business cycle has been reached. A global risk-off episode could weigh on the pound despite today’s result.

On a long-run basis – the only timeframe over which we believe currency forecasts can be made with any certainty – sterling is very undervalued, according to a number of analytical frameworks. We expect the pound to appreciate on a three-year-plus view, in all but the most disastrous of Brexit scenarios.

Ordinarily, a stronger pound would weigh on the performance of the UK stock market, because the FTSE is dominated by multinational companies earning money in non-sterling markets. But we believe that new inflows will lift valuations. Surveys of institutional fund managers indicate that international investors are underweight the UK to an unusual degree. A Brexit deal – a removal of a political risk that’s difficult to hedge – may entice those investors back to British assets.

The UK market-implied equity risk premium is still near an all-time high, telling us that investors demand more compensation for the risks around future earnings than they did at the height of the financial crisis. Across a number of valuation metrics, the UK market trades at a discount to the global market not seen since the mid-1970s. Bottom-up equity analysts often struggle to see such discounts on a company-by-company basis. There are large companies with grave, idiosyncratic problems that deserve to trade below international peers. But the bulk of the UK market’s underperformance started shortly after the referendum. We believe that holdings of UK large and small capitalisation stocks should do well, especially while the global business cycle finds its floor.