The world seemed to unravel further last month, with British voters electing members to the EU Parliament whose goal is to leave it, and Donald Trump continuing to wield his trade cudgel. Our chief investment officer Julian Chillingworth considers the implications. 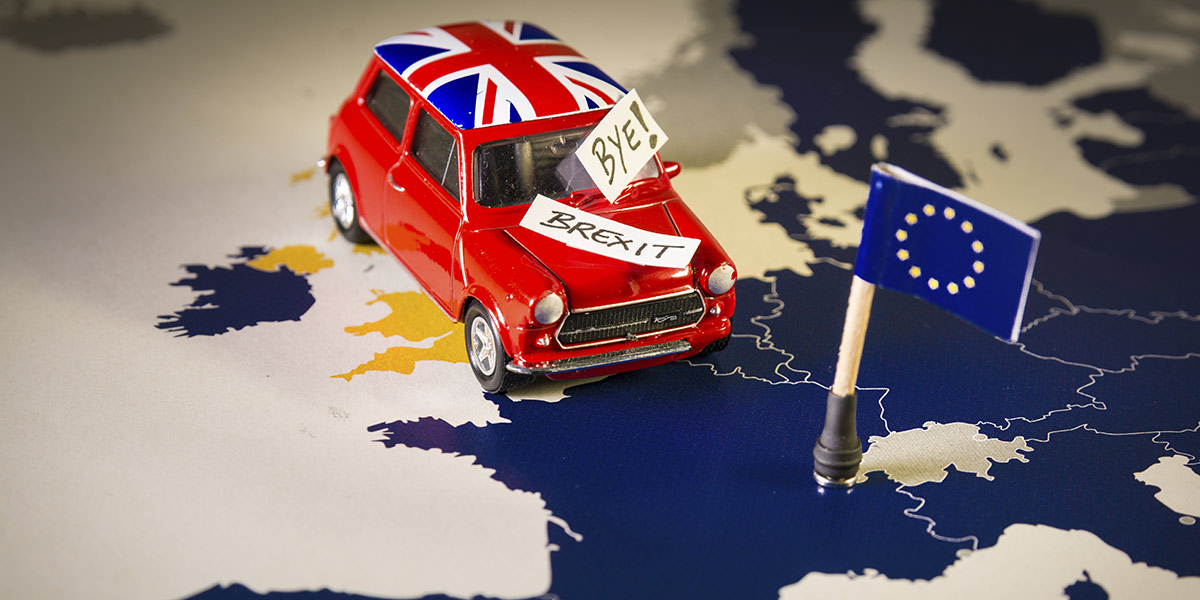 20 June 2019
We spoke and we declared: Brexit means Brexit, regardless of the risk. Our votes put the Brexit Party at the joint-largest position in the EU Parliament (if you ignore transnational coalitions), quite a punchy political statement.
Sadly, for all the furore, bad chat and heartache of the past few years, voter turnout barely budged on five years ago. Only 40% of UK people bothered to show (although let’s not forget the few thousand European residents who were denied their votes by incompetent British bureaucrats). The Brexit Party raked in the most votes in every region of the country bar the capital, Scotland and Northern Ireland. Mr Farage had no manifesto (because everyone lies about them anyway) and was bankrolled by questionable businessmen. It didn’t matter because it was obvious what his party stands for: it’s right there in the Brexit Party name.
It was the worst showing in a national election for the Conservatives in all history. The morning after the EU polls closed in the UK, their leader – the Prime Minister – announced she would resign effective 7 June. Now the race for her successor is on with various hopefuls vying for the job. Leading the pack by a large margin is eurosceptic Boris Johnson, lucky recipient of Trump’s very public backing.
As for Labour, well, who knows? But it is a badly kept secret that leader Jeremy Corbyn had to be badgered into leading the party’s remain-ish platform. He could now have the impetus to twist the party’s stance closer to a hard Brexit too.
We’ve always believed that a hard Brexit, while the worst possible result for the UK economically, wouldn’t mean the destruction of our nation. Instead, it would more likely than not mean fewer opportunities for UK businesses and people, less investment from abroad and higher prices in the shops. All these things are insidious: they erode living standards over time, so the UK would find itself worse off than it would otherwise have been (in our opinion, based on hundreds of hours of research).
The 10-year gilt yield slumped considerably in May and it was no different in the final week. From 1.19% at the beginning of the month, it ended at 0.89%. Government bond yields tend to fall when inflation or GDP growth is lower than expected or when other risks rise. Inflation undershot slightly last month, but remains above the central bank’s 2% target. The latest PMIs, surveys of business’s output and confidence, were mixed – the manufacturing index slumped more than expected to 49.4 in May from 53.1 the month earlier, while the services index (representing a much larger swathe of the economy) rose slightly to 51.0 from 50.4.

China upped the ante on its trade war with the US by publishing a white paper which accused the US of exorbitant demands, intimidation and coercion. This was salt in the wound on the back of tariffs on $60 billion of imports from the US to China. Rumour also has it that China may soon restrict exports of important rare earth metals to the US. You would never have heard of any of these minerals, yet they are crucial for all sorts of hi-tech devices from missile guidance systems to the smartphone in your pocket.
It’s safe to say that the situation has strongly deteriorated and the only potentially positive date in the calendar is the G20 meeting at the end of June. But the fracas with China didn’t stop the President also wielding his trade bludgeon at Mexico; he upended markets by threatening to slap 5% tariffs on all Mexican exports to the US, though this has been averted for the moment. They would ratchet up to 25% by 1 October if Mexico doesn’t curb the refugees streaming across its land toward the US.
This punishment of Mexico – one of America’s largest trading partners – for allowing thousands of South Americans to cross the country on their way to the US would have collateral damage. It would be bad for car manufacturers of all stripes because many have supply chains that straddle the US-Mexican border and the news sent the share prices of auto companies tumbling. These tariffs would also hurt ‘main street’ because people would have to pay more for all sorts of goods. Oxford Economics calculates that the measures would shave at least 0.7% off US GDP growth by 2020, a significant reduction.
As for Mr Trump’s policies, this is exactly how we feared he would react to losing control of Congress. He is taking out his frustration by throwing his weight around in the one area where he is unfettered by checks and balances: trade.
What does this mean for investments? Well, the more frustrated Mr Trump gets at home, the greater the chance that he will lash out at China. And the more he attacks China, the more he will offend the proud nation. Because China has narratives too. Unlike the West, which is trying to recover the economic health of a decade ago, or the military sheen of the 1980s, China’s recovery is many hundreds of years old. It is trying to reclaim its spot as the pre-eminent civilisation, to make up for hundreds of years of colonialism and lost time. The more Mr Trump treats China as a second-class nation, the angrier its people and its leaders will get. And the further the two parties will get from agreeing a new trading relationship.
We take comfort in Trump’s personal political agenda, which will eventually force him to ease trade negotiations. If he is to win the 2020 election and serve a second term, he had better not let the markets fall significantly; poor economics is no vote winner.