Home › Knowledge and Insight › It doesn’t add up

It doesn’t add up 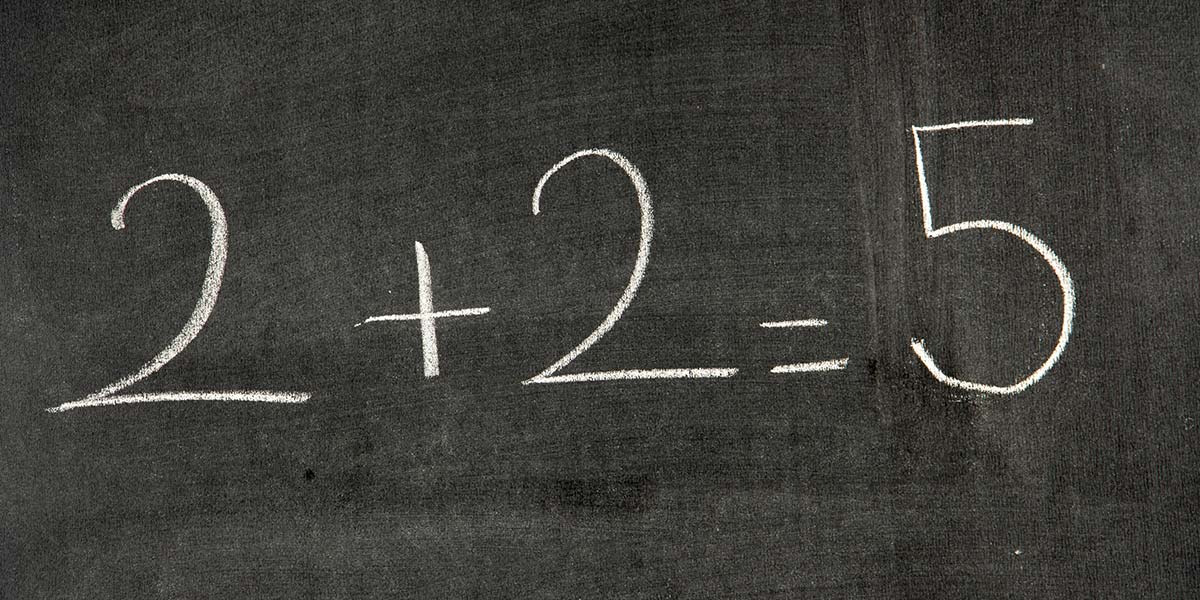 11 July 2019
Despite a revolving door of concerns, mixed data and rising risks, US stocks have soared in 2019. After the US Federal Reserve (Fed) cleared the way for a rate cut this year, investors’ imaginations ran away with them. Getting ahead of Fed guidance, the market is now implying three rate cuts in the second half of 2019. That may turn out to be pretty optimistic (or pessimistic, depending on how you assess the world).
While stocks were soaring to new record highs, American company earnings fell 3% on the previous year. At the end of June, 87 S&P 500 businesses had issued negative earnings per share guidance, the second-highest number since 2006. This ebb in earnings estimates is spread across most sectors, yet the hardest hit are information technology firms, the outsized sector that drives most of the market’s upward momentum.
Tech was hit hard in June by news that US authorities are looking into uncompetitive practice at Alphabet, Apple, Facebook and Amazon, but had shrugged off the worries by month end.  Looking back in history dominant players in the US in the telecom and oil sector have come under extreme regulatory pressure, leading to the breakup of their businesses. However, remember that Standard Oil was dismembered at the turn of the 20th century. The sum of the parts turned out to be worth more, didn’t dent the Rockefellers’ wealth and out of the break up came Exxon. Still, the exercise took many years of court proceedings.
While stocks are reaching for new highs, the bond market is tolling an ominous note; the yield of the 10-year US Treasury bond has been significantly below that of the three-month bond since late May – an ‘inversion’ in market parlance. Typically, the bond with a longer life should have a higher rate of return to reward locking in your money for a longer period of time. It also pays you a premium for taking the risk that interest rates move against you: when interest rates rise, the value of bonds fall and the farther in the future that a bond matures the greater the drop.
Of course, that works in reverse, too. So if investors expect growth and inflation to fall and central banks to cut interest rates, then the bonds that will benefit most are those with the longest life. Thus, the bond yield curve ‘inverts’ (long-dated bond yields drop below those of shorter-maturity). With only a few false alarms, this inversion tends to presage a recession and a stock market slump. The hard part is knowing how long it will be before this occurs – in the past it has been anywhere from nine months to two years.

President Donald Trump announced a trade ceasefire with China at the G20 meeting in Japan late in the month. The market had expected this and jumped slightly on the news. As per, details are light. The general thrust is that the US won’t add the threatened extra tariffs on Chinese goods and it will stop making life difficult for Chinese telco giant Huawei. In return, China will buy more American agricultural produce. Negotiations for a ‘final’ agreement will soon reopen too.
To us, the idea of a definitive result for the trade tussle in the foreseeable future is laughable. The best that can be hoped for under a Trump presidency is an uneasy truce punctuated by occasional tweeted grumbles that omit specific incremental tariffs. Mr Trump is just too unpredictable, capricious and impulsive for it to be any other way. As China’s global clout continues to grow, it will cause friction with the US. That’s just geopolitical reality. A more nuanced, patient president could migrate the geopolitical sparring from trade to a less dangerous arena. But that isn’t in the foreseeable future.
Of course we have our own trade tussles here at home and, sadly, we still can’t go a month without commenting on the B-word. We have written before about the economic implications of the vote to leave so far, highlighting the profound effect it has had on business investment. And we plan to publish more after the Conservative Party leadership race has been settled on 22 July.
Briefly, the next leader has three plausible options come October:
1. Find the votes to pass UK Prime Minister Theresa May’s withdrawal agreement, which the European Union (EU) is highly unlikely to renegotiate, having secured some tweaks to the accompanying ‘political declaration’ which sets out the nature of the future relationship. As we have discussed before, this still doesn’t lift the cloud of uncertainty shrouding UK business, as neither document provide clarity on trade or capital markets.
2. Extend the negotiating window yet again. The leadership contest will finish just before Parliament’s summer recess, which is scheduled to last until early September. Once government reconvenes with a new leader, it will have just seven weeks before the October deadline to renegotiate. There may be willingness from the EU Council to accept another delay, but a deal must be reached by the end of March 2020 at the latest.
3. Withdraw from the EU with no deal. Parliament may try to block this, in which case it may grant the government an extension and tell it to return to Brussels. Instead, Parliament may declare ’no confidence’ and bring about a general election.
We take this opportunity to remind investors that the earnings streams underlying your portfolios are primarily global, not British, in origin.