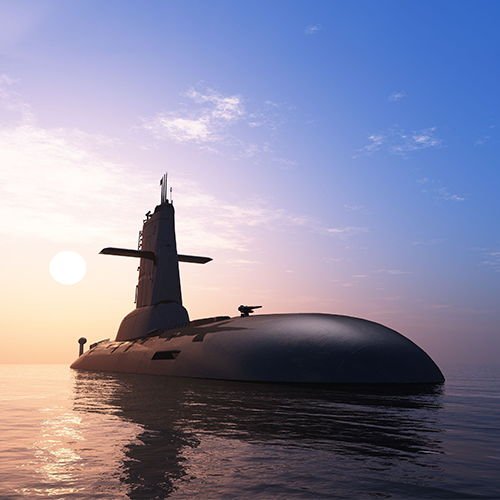 October was a brutal month for investors, with a simultaneous rise in bond yields and sharp correction in equity markets. In English, this means the value of both bonds and stocks headed the same way: down.

However, as severe and unexpected as the sell-off felt, it actually wasn’t that out of the ordinary. Stock markets have had several worse drawdowns since 2010. Perhaps we’re all just on edge after a long bull market and an action-packed Trump presidency. We don’t mean to sound blasé about this – we felt just as uncomfortable as you or the next person as markets roiled around us. But to us, little seems to have changed since the beginning of October. We thought growth would moderate as the year went on and it’s been a pretty well-flagged fact that interest rates are rising.

A quick rise in the US 10-year, a reasonable proxy of the discount rate used to value stocks, sparked the sell-off. Yields were driven higher by fears that the Federal Reserve will keep raising rates apace, perhaps faster than the American economy can take. While we see that as the largest risk to global stock markets (because if the US heads south you can bet the rest of the world’s markets will be right behind), we think it’s more likely that the Fed will ease up as data dictate. US inflation has slipped back toward the targeted 2% and there appears to be more people ready to enter the American labour force as jobs present themselves than many believed. That should keep a lid on wages as the economy rolls into the future.

As for the worries about growth in 2019 and whether this year will prove to be the peak of this cycle’s company profits, that’s harder to determine. Earnings were boosted by the US tax cuts and that effect had to fall out at some point. But that doesn’t mean the economy is going to slump into recession, it simply means growth is likely to slow somewhat. Which is why our managers have consistently focused on those companies that can post solid growth without leaning heavily on economic expansion or large debts. We think these businesses should be able to take higher borrowing costs in their stride without eroding margins, as well as delivering growth in a world where it’s getting harder to find.

We’re cautiously optimistic about the final quarter of 2018. At the beginning of October, the S&P 500 traded at almost 17x earnings forecast for the coming year. By the end of the month, the index was worth just 15.5x those earnings. Similarly, the FTSE All-Share fell from about a forward PE of 13x to 12x. This makes valuations easier to justify and takes some of the strain off growth worries – for us at least.

Since the 1950s, midterms have had a pretty benign effect on American stock markets. Fewer than 15 elections isn’t enough data to be firmly confident, but the US market tended to be rather directionless in the six months leading up to the vote with a bit of extra volatility (much like this year). Then, the stock market typically rose steadily in the following six months. And the result didn’t really matter one bit.

Of course, the past is no forecast of the future. But we think the November result shouldn’t have too much impact on equities. The Democrats took control of the House of Representatives, as expected and in line with history (Republican Presidents tend to lose about 7% of House seats in midterm elections). But the Republicans strengthened their hold in the Senate.

The main consequence of losing control of the House means President Donald Trump’s fiscal agenda will be hamstrung. Still, he has already played his big fiscal hands. Besides, more than a few Democrats campaigned and won their seats on centrist platforms, pledging infrastructure spending and a more co-operative relationship with the President and Republicans. If both sides want better infrastructure, there could be an outside chance of a deal in the next couple of years. Unless futile House Democrat impeachment proceedings swamp bipartisan feelings in vitriol.

So it’s back to focusing on company earnings and economic data once more. Investors will be eagle-eyed for any deterioration in companies’ sales growth or profitability. As of early November, roughly 10% of the S&P 500 had lowered earnings guidance for the fourth quarter, while about 5% had raised forecasts. The overwhelming majority has stayed mum, which is understandable given how the market is treating disappointment (whether now or if they slightly undershoot in the future).