Equities fell in October as investors came to terms with tighter lockdown restrictions, but hopes for a new round of US stimulus under President-elect Joe Biden have buoyed markets, and Chief investment officer Julian Chillingworth reckons we should take heart. 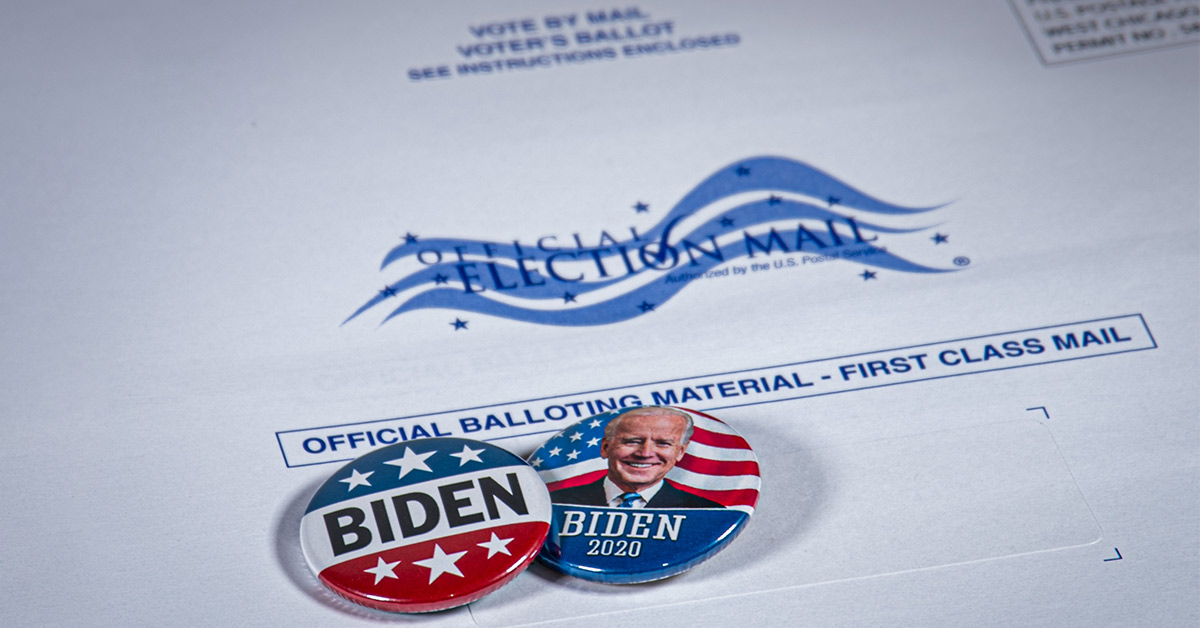 Joseph Robinette Biden Jr, a centrist, establishment Democrat, has been declared the 46th President of the United States of America.  However, the result won’t be official until the Electoral College ratifies the state results in early December. By convention, Donald Trump was expected to concede that he had lost; a necessary step in ensuring a smooth transfer of power. Yet Mr Trump didn’t – and hasn’t. Instead, he’s waiting for the results of recounts in several states and has filed a flurry of motions in courts across the land to upend the result. While most of the swing state races were extremely tight, it’s unlikely that recounts will find the tens of thousands of missing votes the President needs to overturn Mr Biden’s victory. And many of the sitting President’s previous court petitions have been dismissed out of hand.

Democrats are expected to retain the House of Representatives, albeit with a smaller majority, yet control of the Senate remains in the balance. Georgia’s two senate seats are going to a run-off in early January. If the Democrats are to take control of the upper chamber, they need to win both. Even if Congress remains split, we believe Mr Biden should be able to push through much-needed stimulus and ease global trade tensions.

During the month of October, prior to the election, the US market was buoyed by continued hopes for economic recovery, with third-quarter growth in GDP coming in at 7.4%. But despite the bounce, GDP will still take time to recover to its pre-COVID levels and the outlook for growth in fourth quarter is far more muted. Any further recovery in the economy will be will handicapped by the lack of a new fiscal package and rising virus numbers this side of the new year and new Congress and President.

European and US equities fell in October as investors came to terms with tighter lockdown restrictions, and European economies face the prospect of a second down leg in economic activity. UK Prime Minister Boris Johnson’s decision to dispense with the tier system after just a few short weeks and completely lock down England for at least a month (joining Scotland and Wales, which had implemented strict measures well before) means the UK is seemingly back where it was six months ago. It’s been a demoralising blow.

But take heart. The fact that this is old hat for us now means that the economic damage should be much lessened this time around. That, and the fact that the government has carved out exemptions for several industries. The British economy plummeted 26% in the six weeks of lockdown from mid-March to the end of April. So, if the next four weeks of lockdown have exactly the same effect, we’re looking at a 17.5% slump over the month. However, this time round construction, manufacturing, education and childcare remain open. And other sectors have become more adept at working from home. Because of this, we’re assuming our economy will contract by 10-12.5% over the November lockdown.

Economic data in the UK has been mixed over the month, while the second wave of COVID-19 (and, in some cases, third wave) continued to roll through communities all round the world. Company results announced on both sides of the Atlantic showed investors had gotten a little ahead of themselves on the strength of the recovery even before this latest wave of infection really got going. ‘Defensive’ and ‘growth’ businesses – those that are less reliant on improvements in the overall economy to increase their sales and boost earnings – performed well, in the main. Meanwhile, those that need an economic upswing to churn out more money (‘cyclicals’ or ‘value’) broadly disappointed.

And then there was Brexit. As the US election dragged on, the deadline for agreement between the EU and UK has skipped closer. Two weeks of talks so far have failed to yield a breakthrough, according to news reports. The two sides begin their final round of talks this week. Apparently, progress has been made in many areas, yet the same old issues are holding up the discussions: the level playing field for business, whether the UK’s sovereignty can be diluted to provide a way to enforce those rules, and fishing access. Both sides have said they need a minimum of six weeks to ratify any deal, which would mean that mid-November is the deadline.